A day of workshops to build a stable airframe capable of powered flight - Children worked in mixed age groups to produce gliders with the winning gliders being fitted with radio controlled motors and receivers.

At the end of the day parents were treated to an Airshow  in which children presented their learning about aviation heritage, tested and re-engineered airframes before selecting four aircraft to formation fly in the airshow.

Meet the mentors - engineers and business people working 1:4 with children 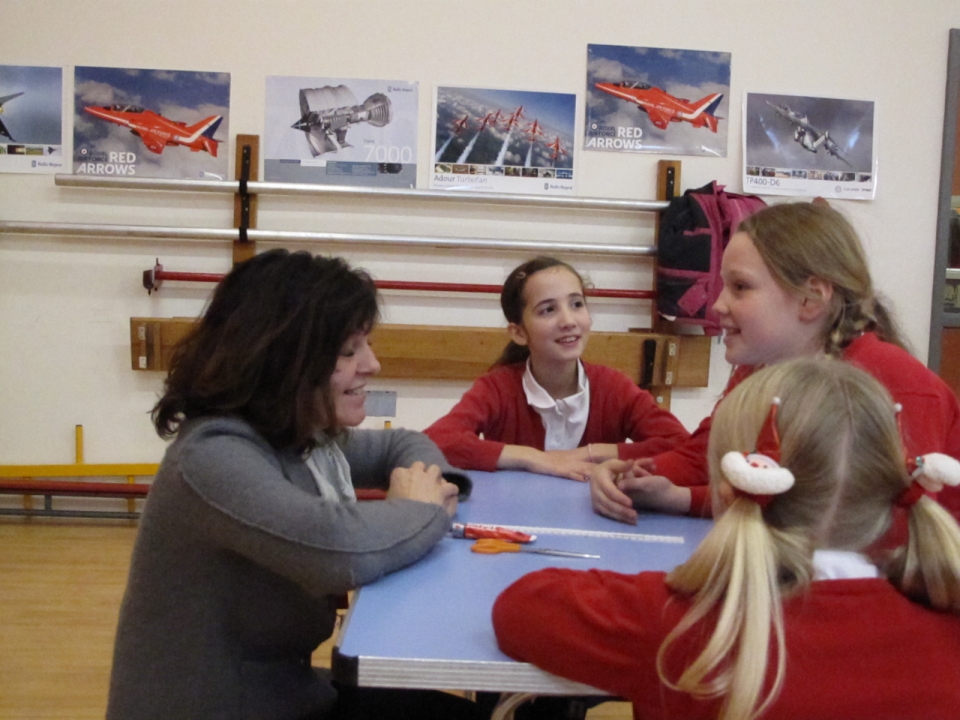 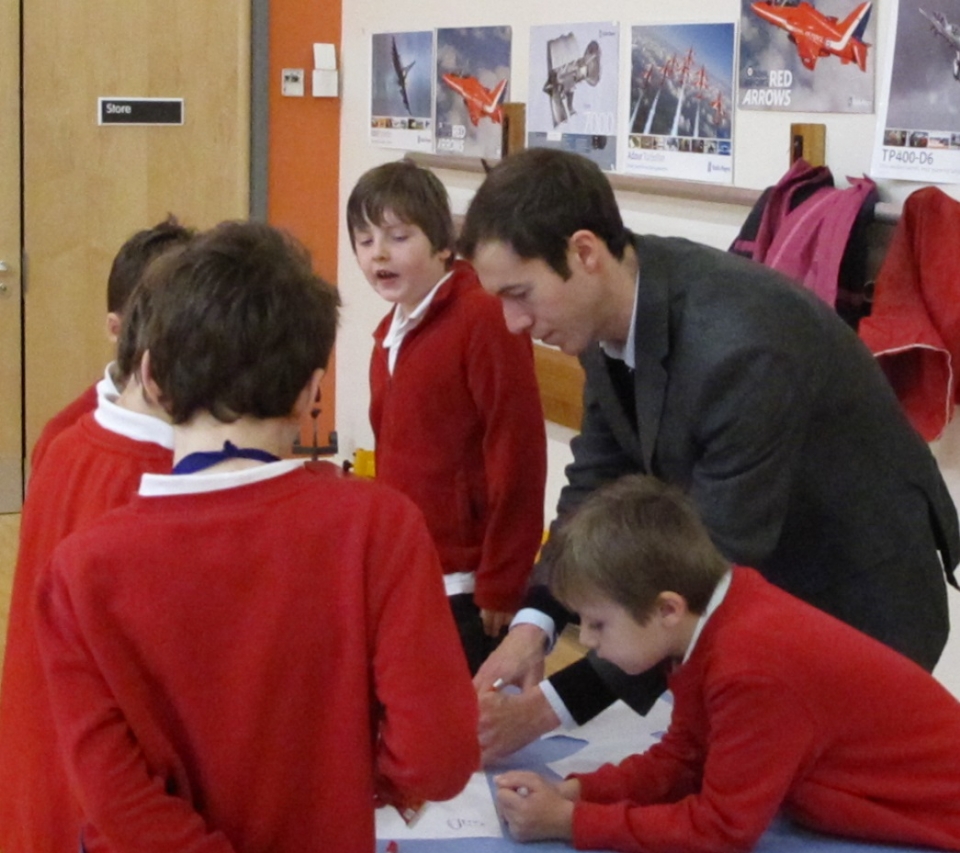 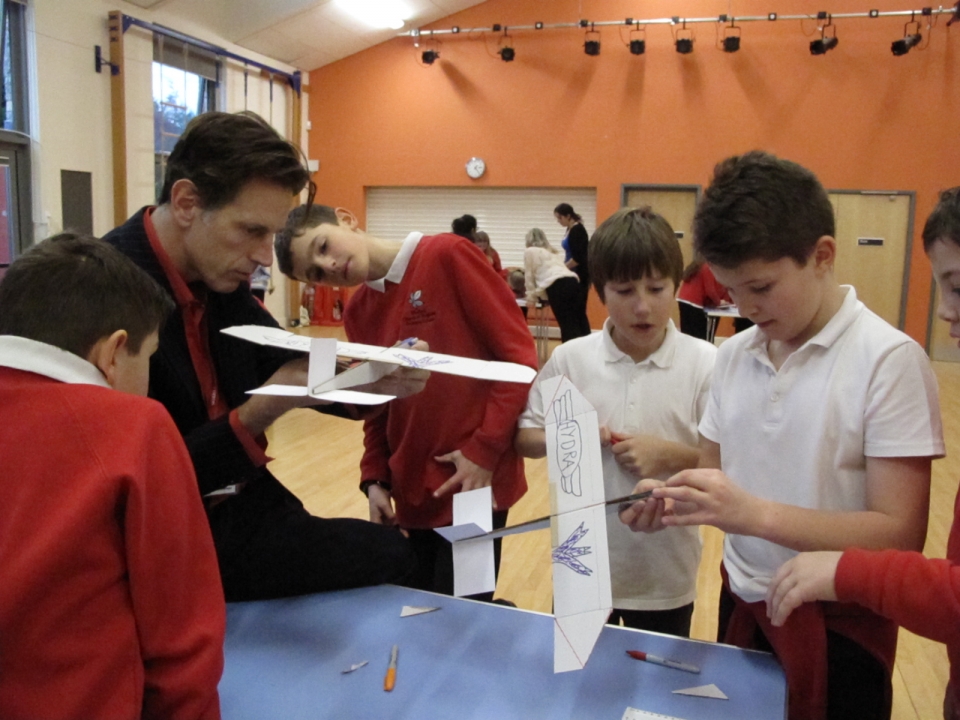 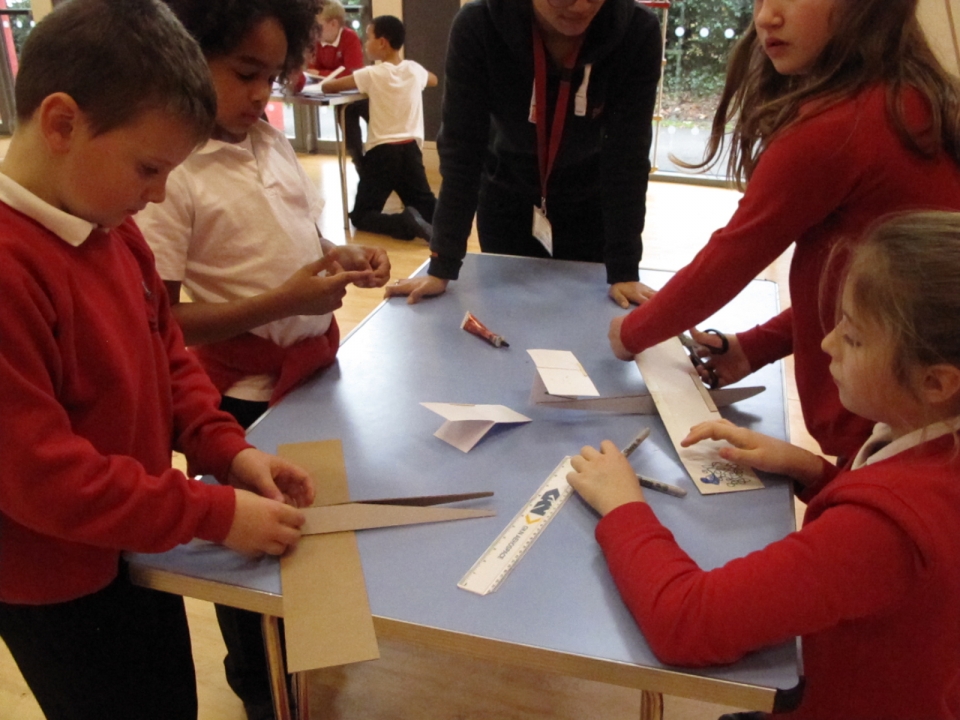 Trimming the wing, tail and fin for stable flight 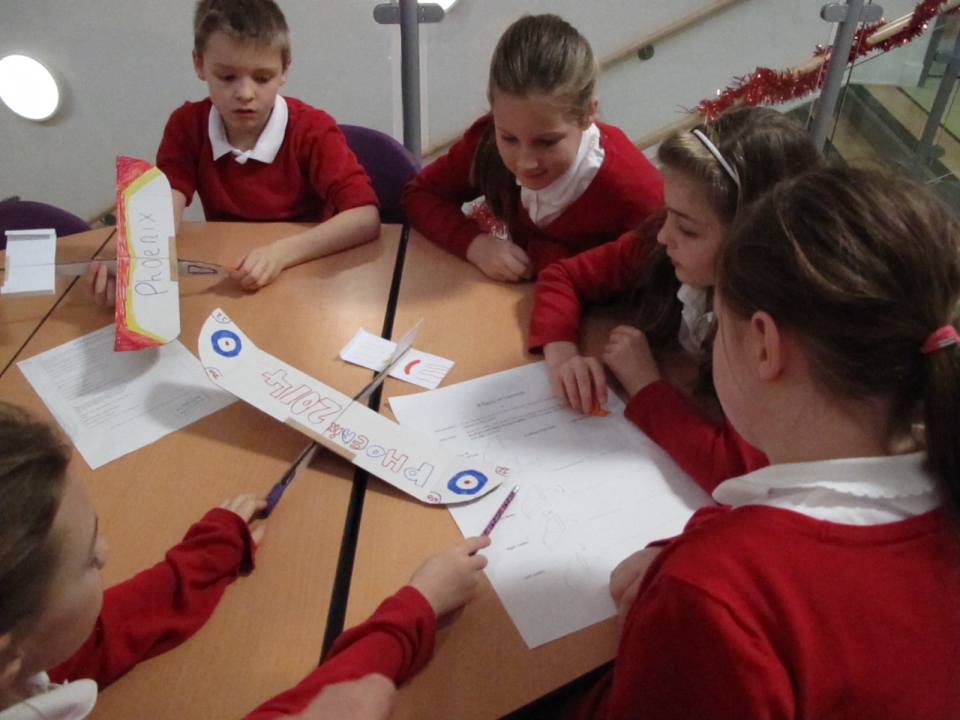 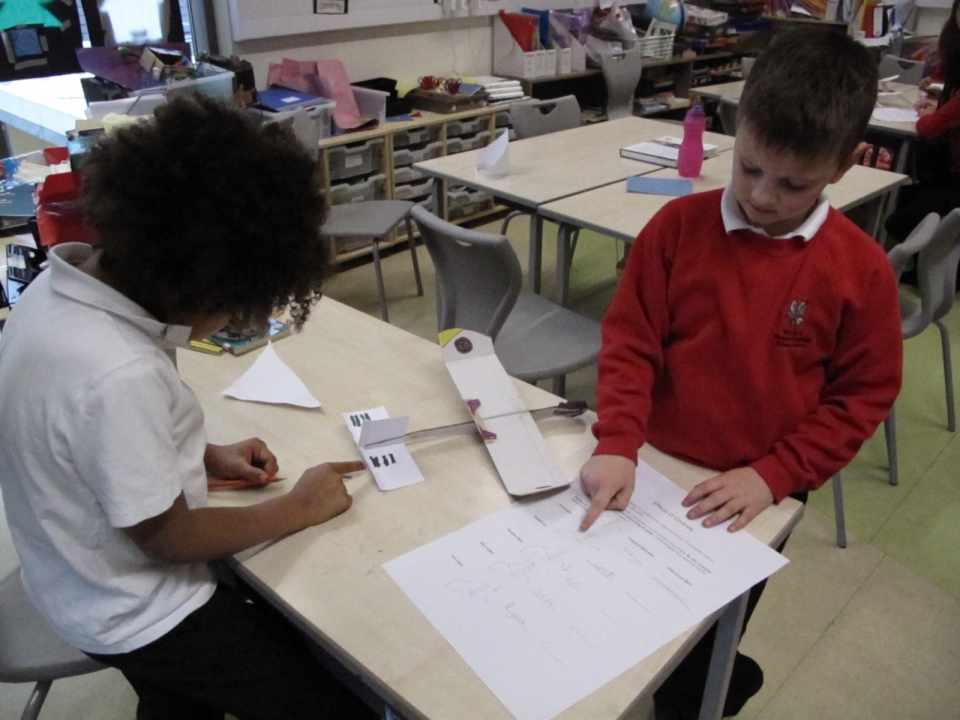 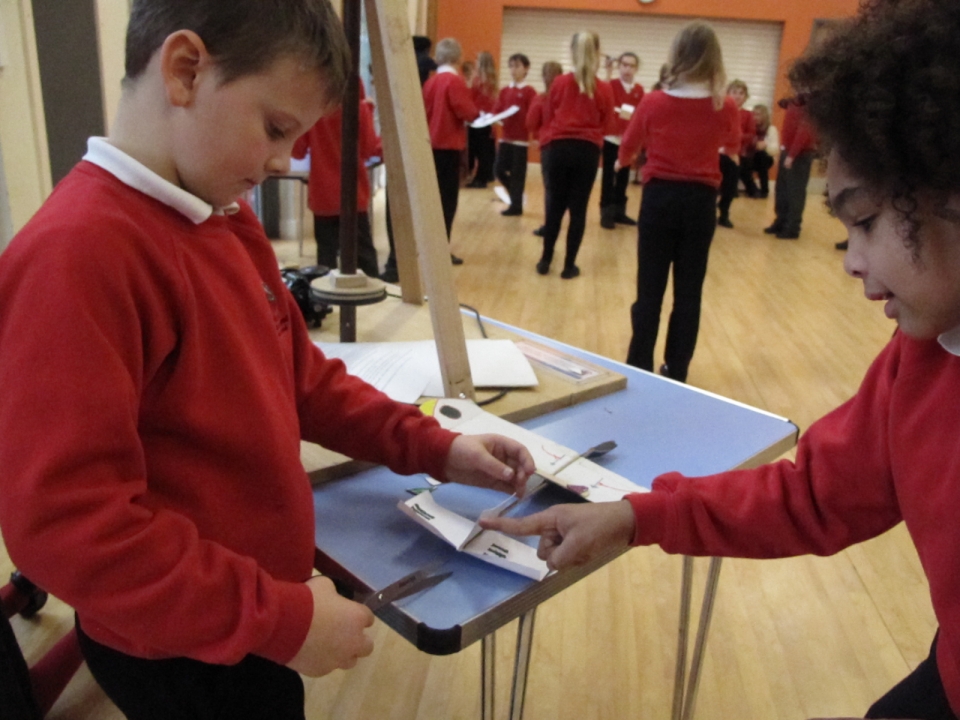 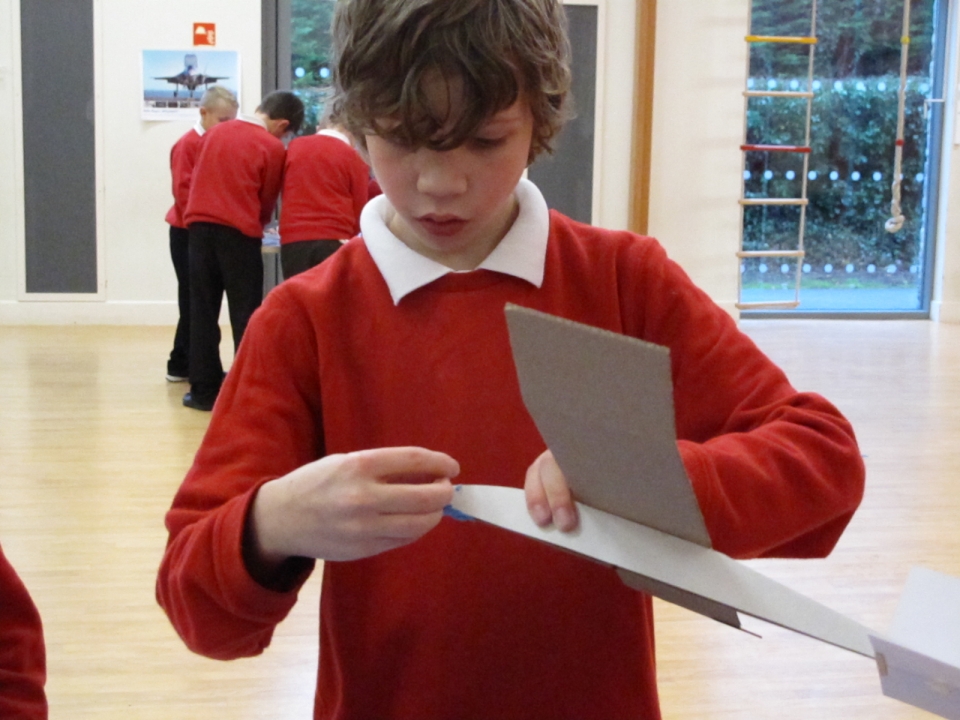 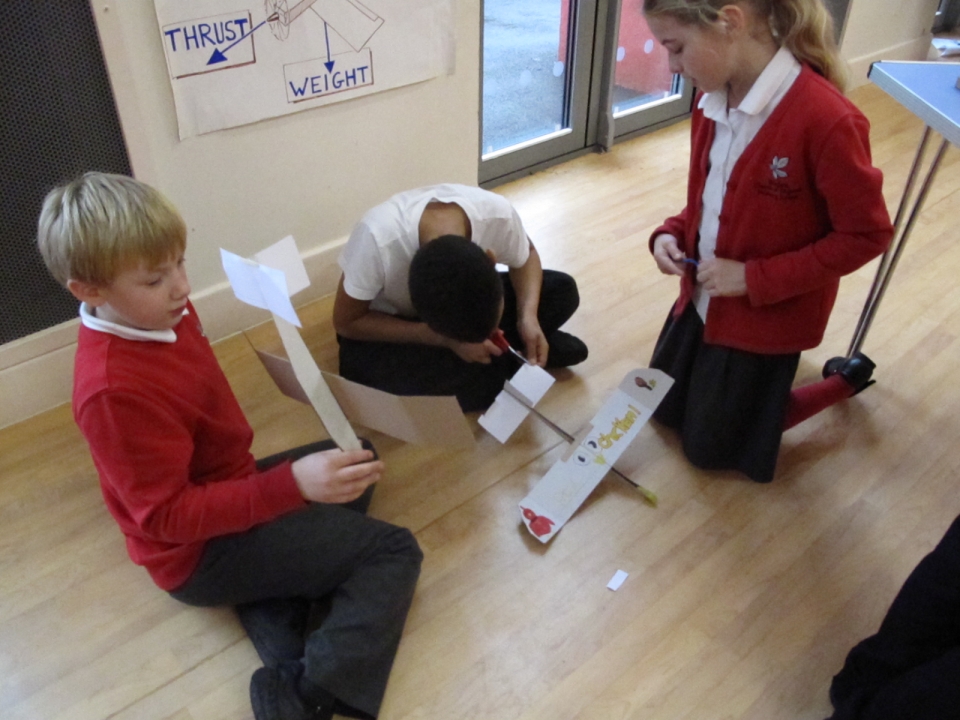 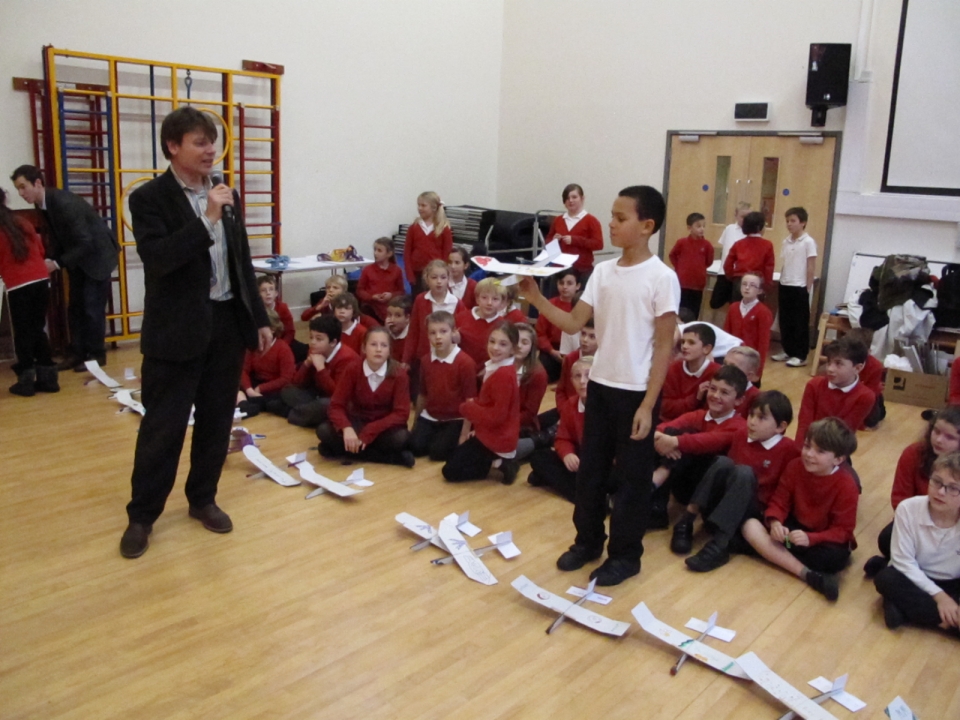 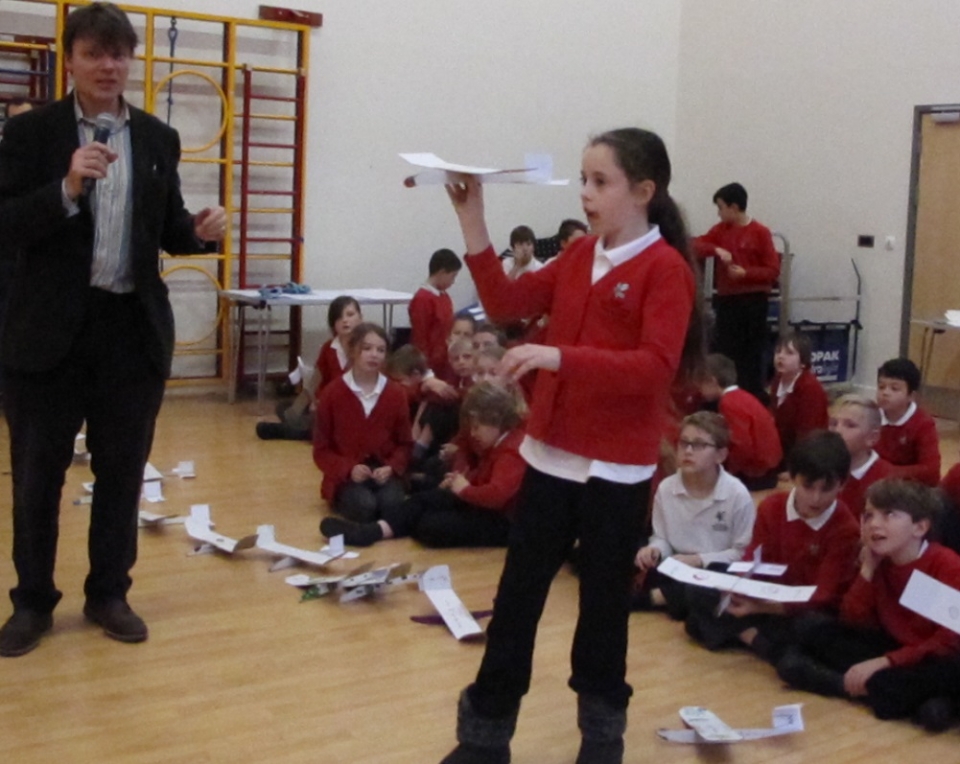 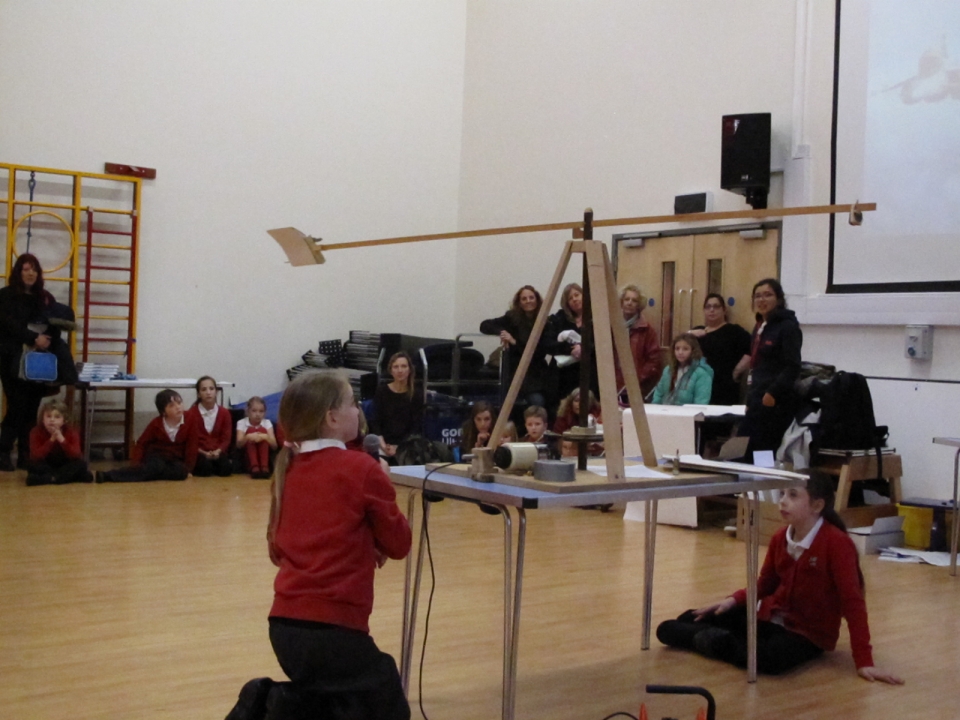 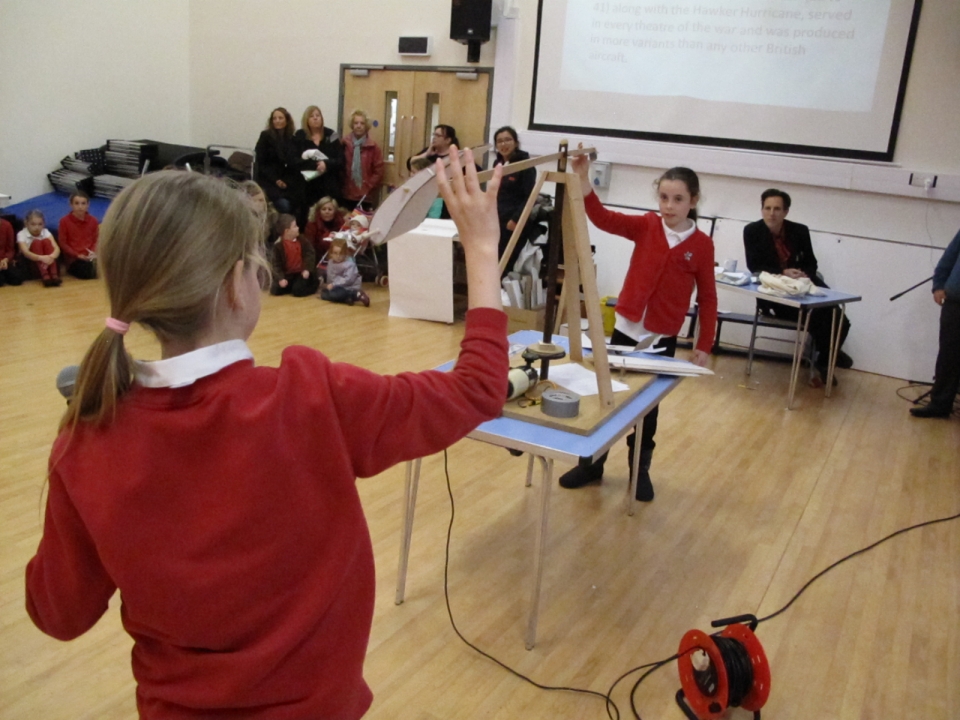