Teams where challenged to -

2. Design- Design and test an airfoil-cross-section that produced maximum lift

3. Communicate - Create presentations to camera about the process and the engineers they were working with

Each team had four hours to complete the challenges

Students then staged an airshow for parents, friends and family with presentations, films and flying demonstrations.

Students from the different Academies formed into small teams. 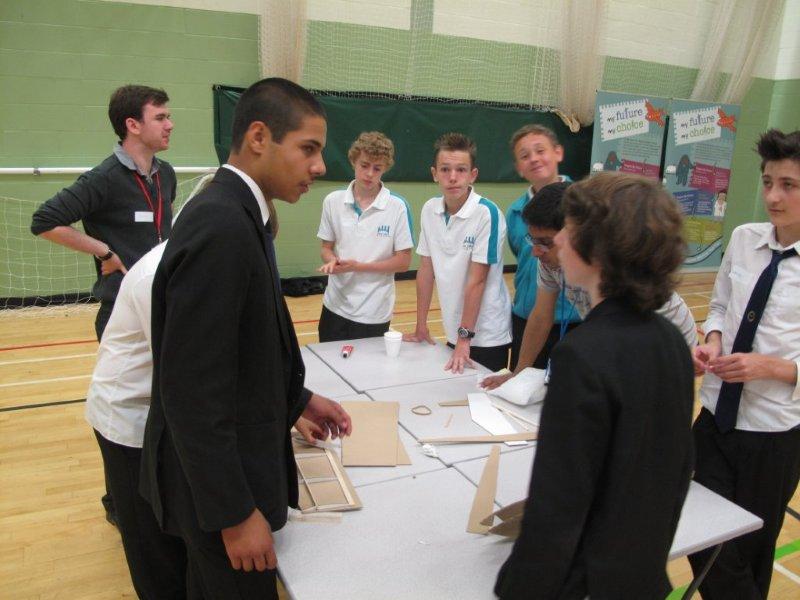 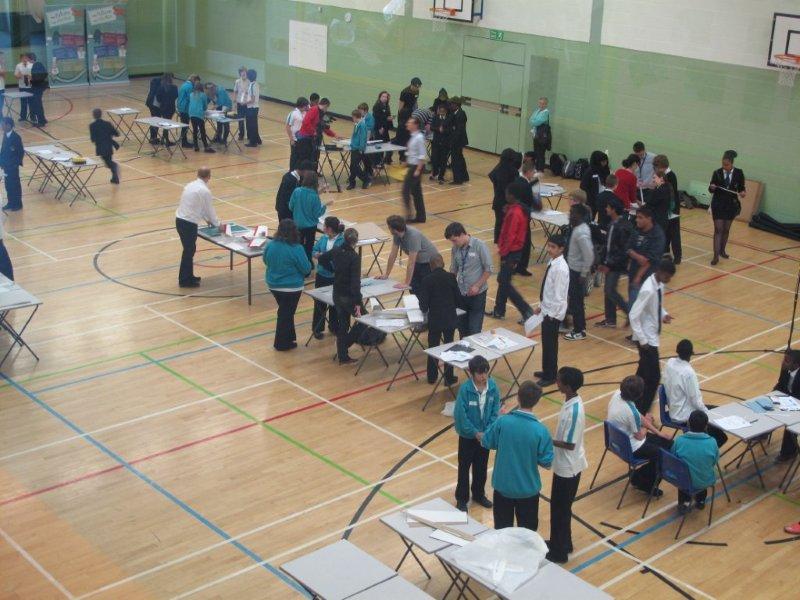 Each team had an engineer from industry as their engineer . Students where tasked to interview and question the engineers 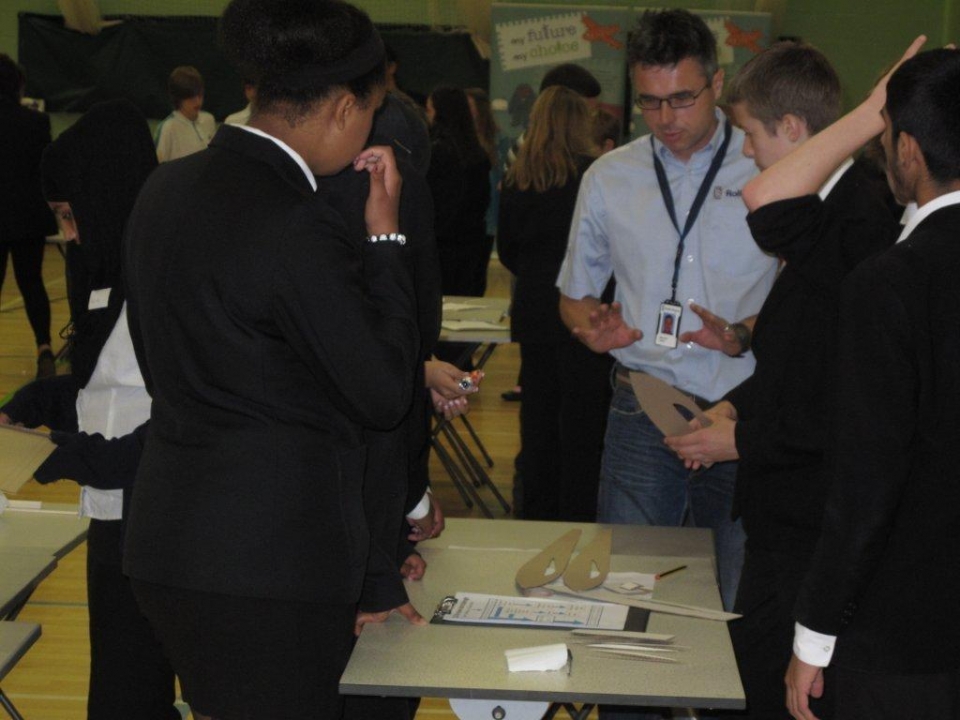 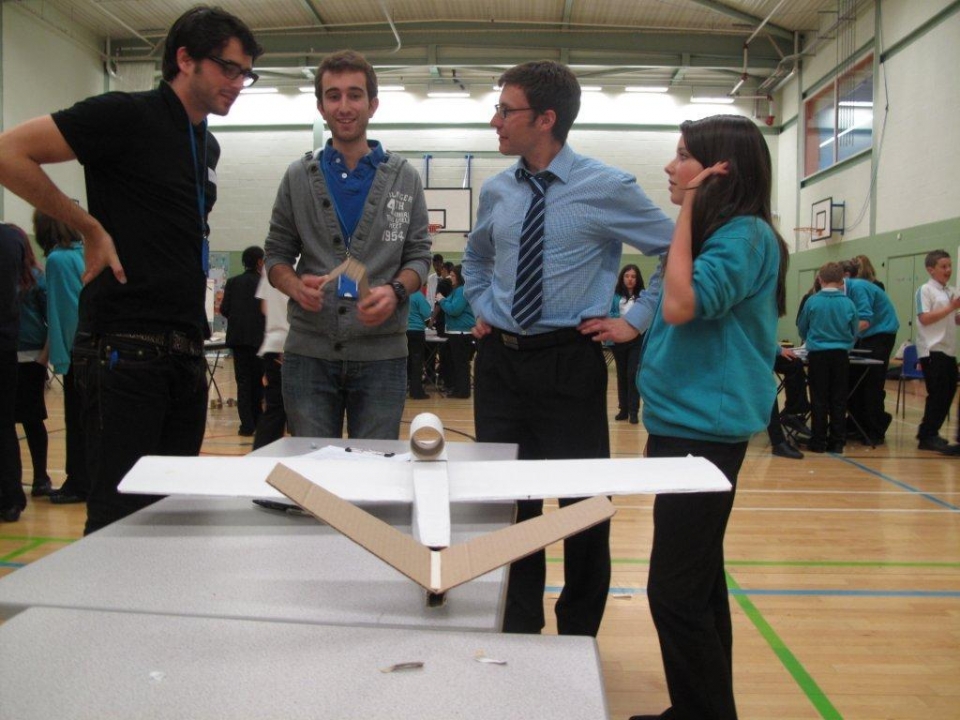 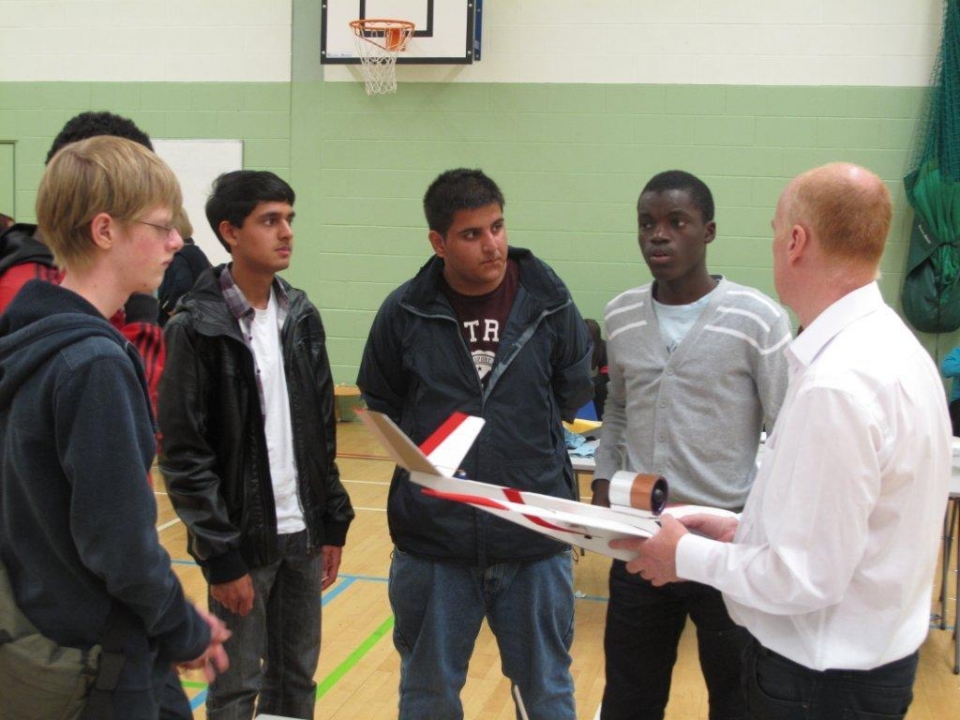 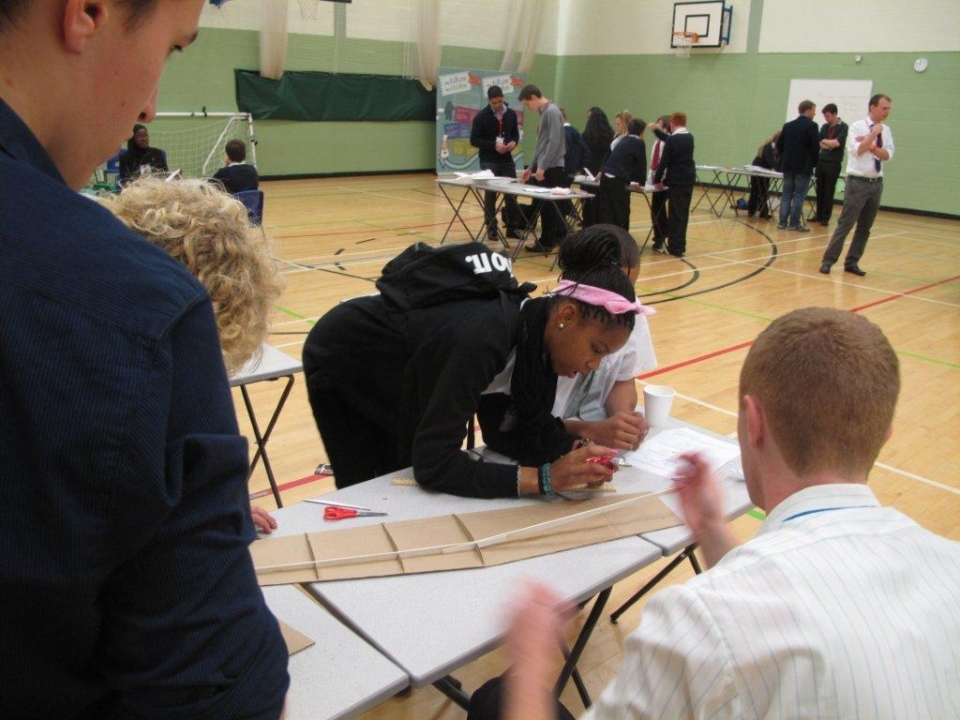 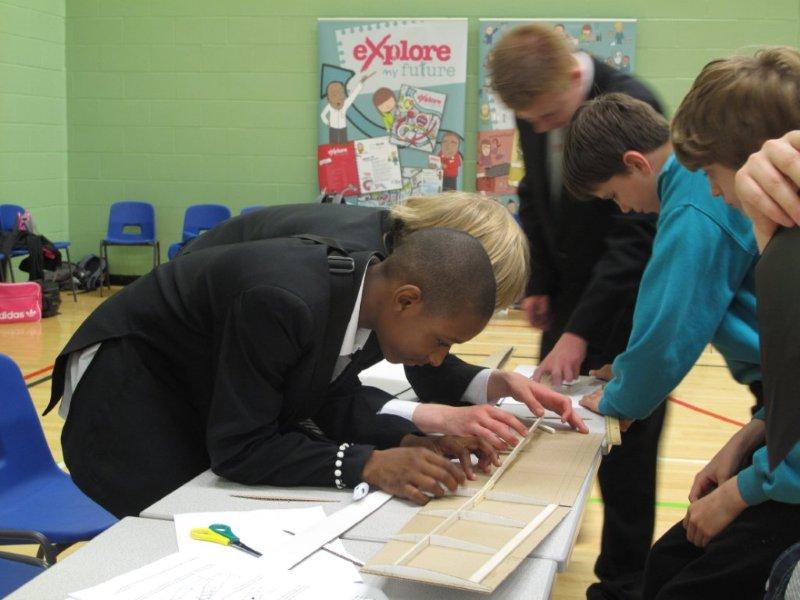 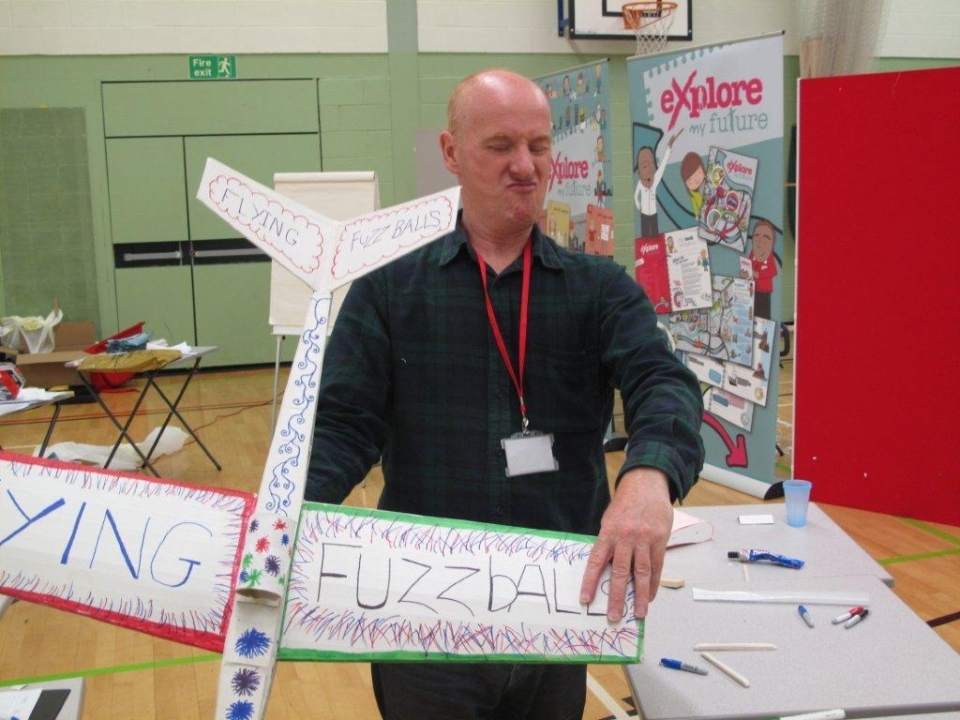 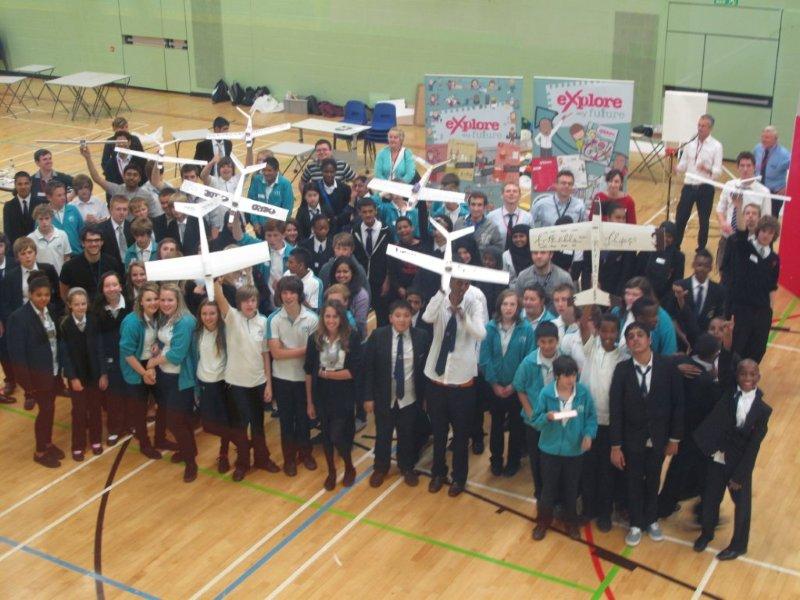 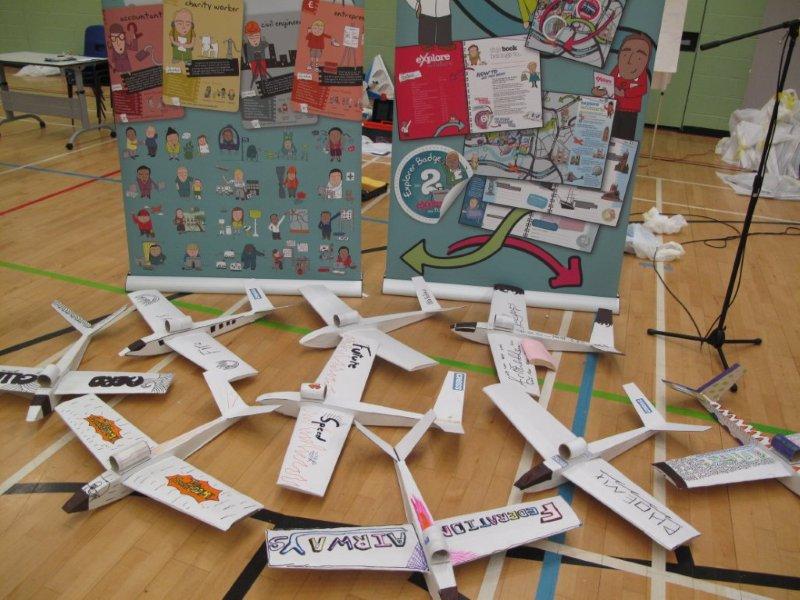 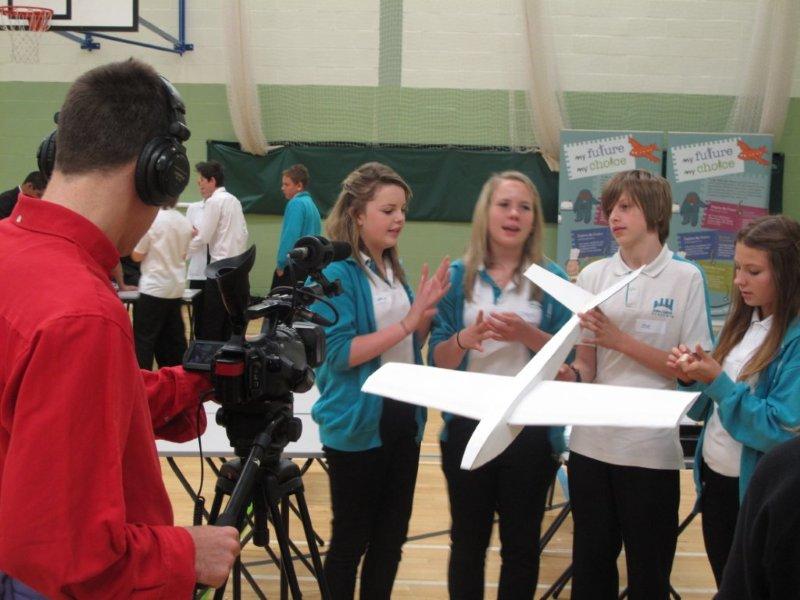 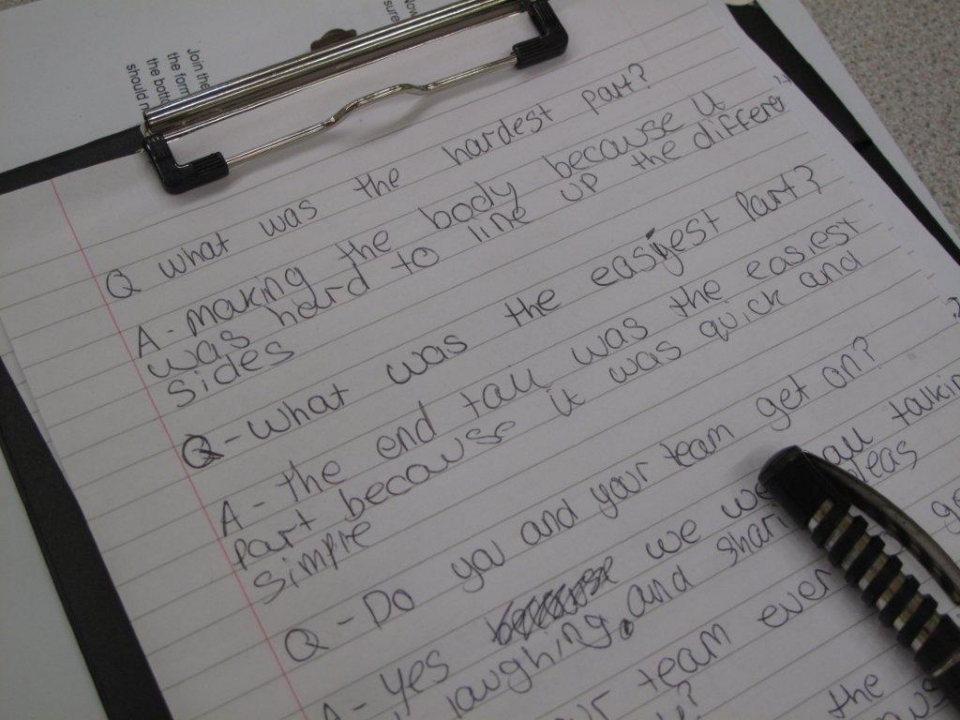 Working with David Oyns from the Arkwright Scholarship Trust, through-out the day teams reviewed and improved designs for their air-foil cross section. They repeatedly tested their designs using a tool based on a device invented by the pioneers of flight. 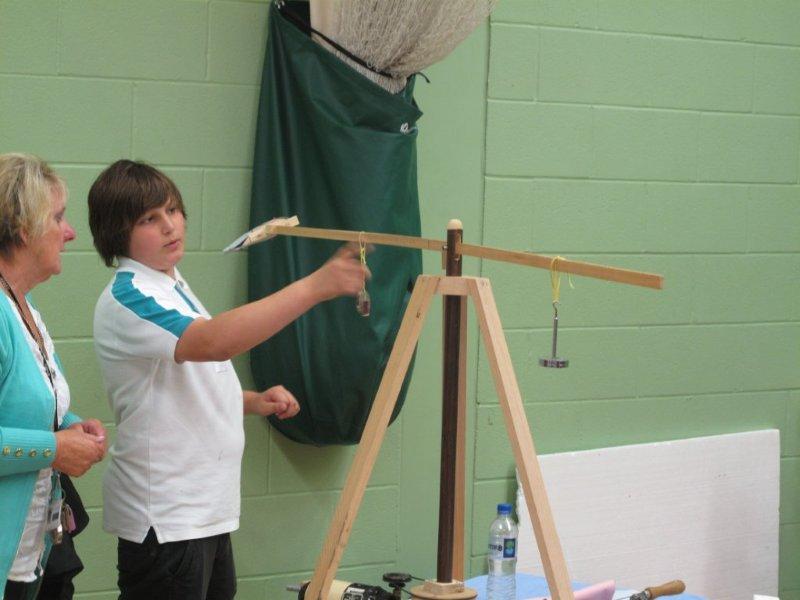 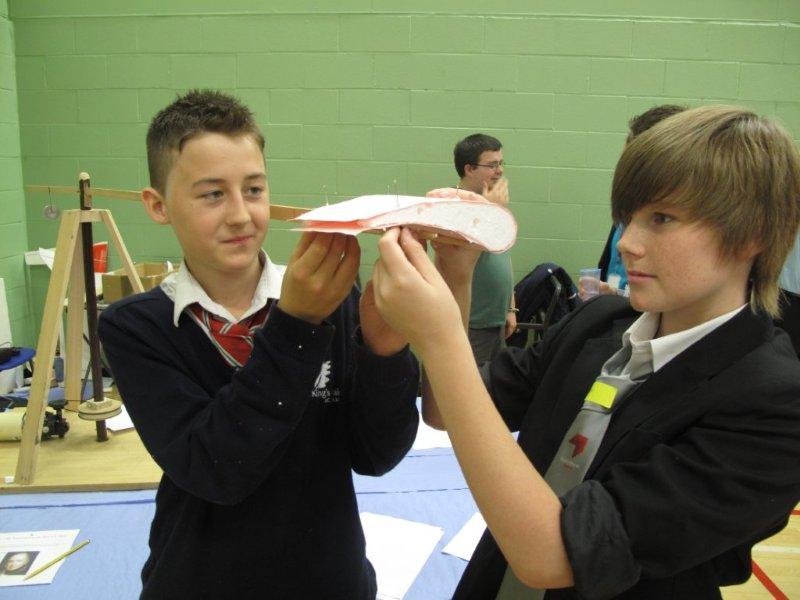 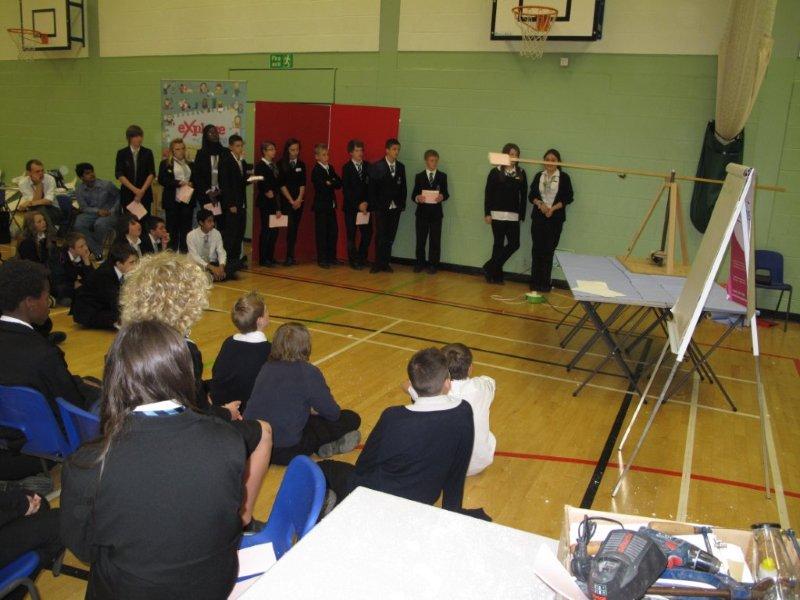 This proved a difficult event to stage with the weather forcing all flying indoors - The students saw their planes flying in a 12 metre circle that pinned startled spectators to the walls of the school hall. 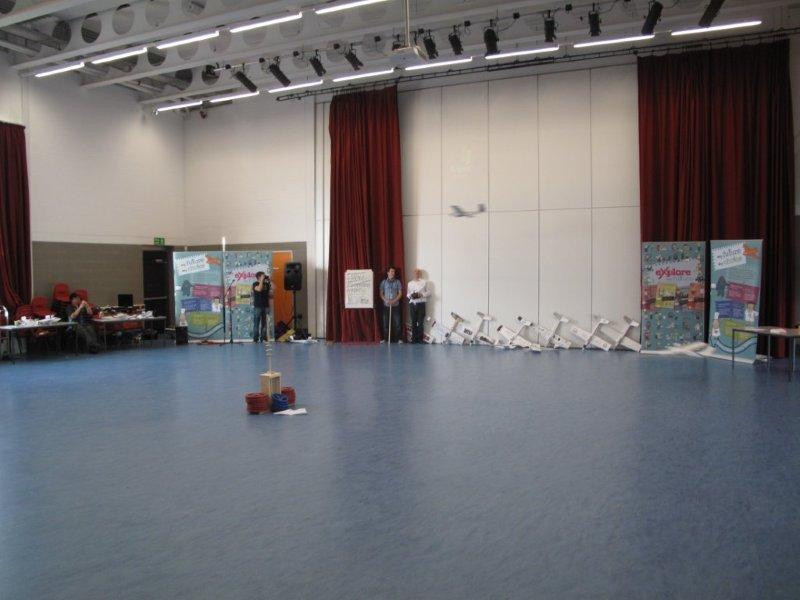 Awards were presented by Rolls-Royce, the Design and Technology Association and Cross Manufacturing in the following categories:

Manufacturing, Design, Communication, Aeronautical Skills and an Overall Winner - The winning teams were made up of students from the different academies. 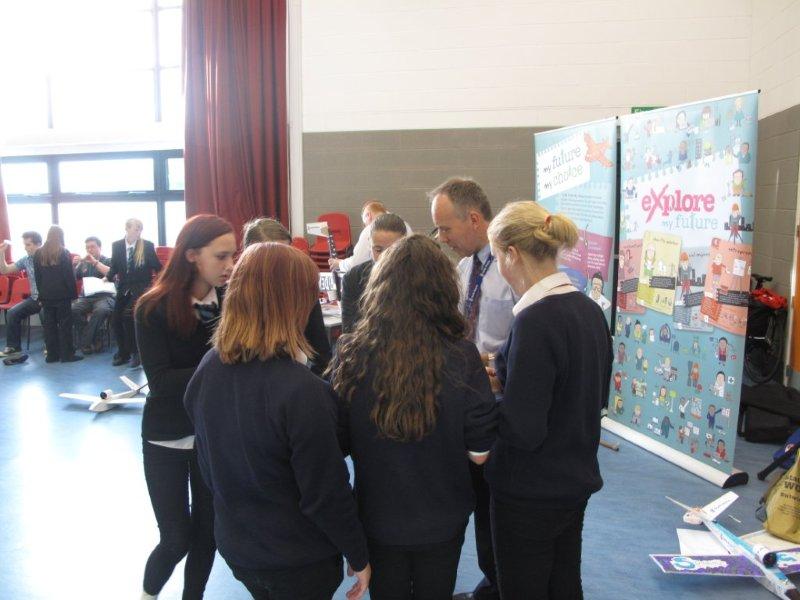 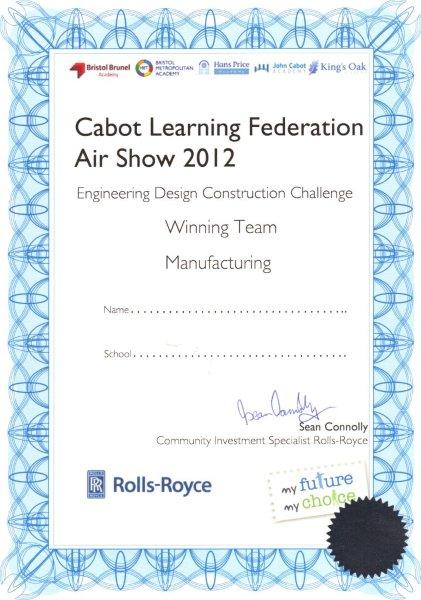 A film from the event will be posted shortly -

See the view from Cardboard Plane, looping the loop above Bristol Brunel Academy - This was an early morning test flight with lighter winds, flying outdoors was not possible in the evening due to very high winds.

We questioned just a small sample of students (14) who all reported that they enjoyed the day and were proud of what they had achieved and were looking forward to seeing it fly (even if it crashed). They could explain how a wing generated lift and they would recommend the workshops to their friends as something worth doing.

Just over half of the students questioned said they had made new friends from another academy and all said that they had bonded as a team but that it was challenging to meet and work with new people.

All students questioned saw the relevance of engineering as a future life opportunity and most thought the engineers where different than they would have expected.

Teachers told us they liked the flow of the activity for the workshop and the range of the challenges for the students. They were impressed by the volunteers from industry and by the student's outcomes. They suggested ideas for improvement to the workshop and the rehearsal process for the airshow. They saw logistics as the main hurdle for events like this in schools especially when bringing four schools to one site.

Engineers were all impressed with the activity and enjoyed meeting the students, they suggested valuable improvements at the end of day one and day two. Several engineers returned to the academy for the evening presentation at the end of the week. One design engineer from Rolls-Royce offered to scan in the plane's design drawings and produce construction drawings and dxf files to enable manufacturing of airplane kits and introduce more precision engineering activity to the construction process. Engineers praised the quality of the design of the airplane and the build process.