Drawing space and time - using drawing as a tool for philosophy

Art teachers encountering ways of exploring perspective, figure drawing and understanding space and time. Finding ways in which teachers can make connections for their students between the art lessons and those artists who are seen as philosophers or savants.

2.5 hours of drawing in different ways - discussing the outcomes, the thoughts it provoked and the artists that they see as relevant

1. Concept of single view point perspective in a 3D (not 2D) space – using using meter rulers as vanishing lines in real space. Noticing changing angles of the rulers as position is changed in the room or move from seated to standing to standing on chair to standing on table.

2. Ridicule the approach to teaching perspective that drags the child to a result by placing a vanishing point (VP) in the middle of the page and using it to make a  picture of a room with no thought for controlling the viewpoint, why or how this works. Show how using perspective as a taught trick leaves children stranded with a limited use of a valuable tool.

3. Get them to state that the VP for the continuation of lines where the walls meet ceilings relates to the height of the eyes of the viewer. From imagination create two different horizon levels in a similar room by creating a VP at the hieght of a cat and person. 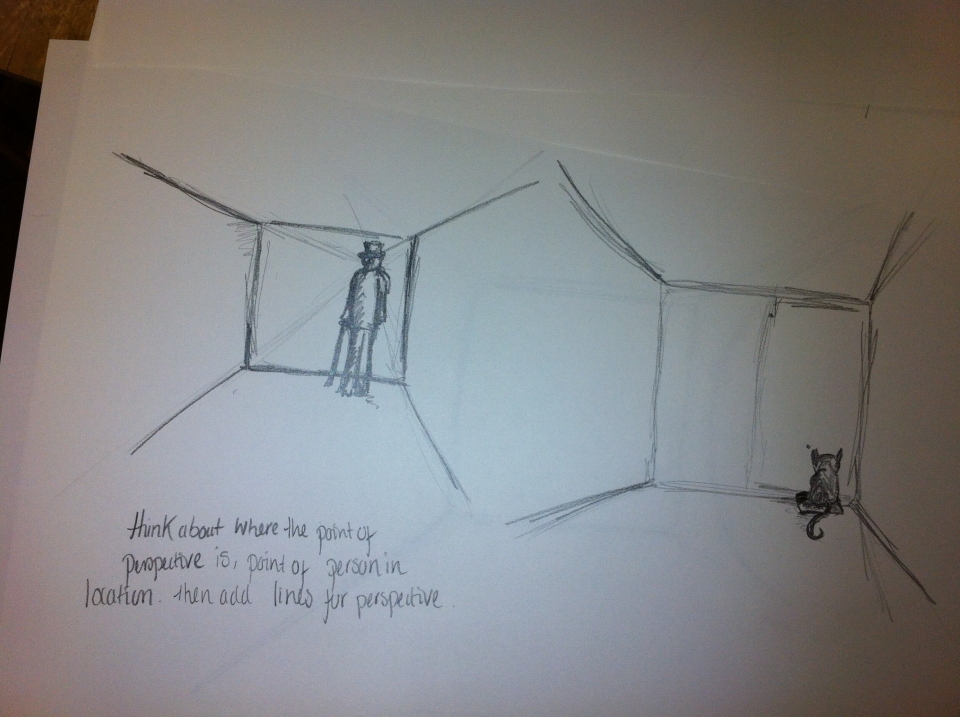 4. Mention Rennaisance navigators and the stars and that the invention of perspective enabled artists to predict curvature of the earth, movement of the planets and the position of the earth in relation to its solar system. These artists could be called mathematicians. How could this knowledge and the positioning of a vanishing point on the page empower a child’s powers of expression?

5. This single viewpoint perspective is not intuitive – mapping what we know is more intuitive and we need to look at that later. Try looking at a chair and mapping – making a diagram with no knowledge of perspective. Explore and compare results and ways of drawing a chair.

6. Closing one eye is the key to drawing from a single view point. Drawing was part of an army officers training and up to the Second World War still used in preference to photos. Try regimented use of 3 grades of mark making  for fore, middle and background – Demonstrate the clamped head on a tree and the gridded viewfinder – imagine it in the field in the early 1900s -Discuss making the viewfinders for 30 students and finding ways of doing this and what an officers drawing frame would look like

7. Use this clamped head single viewpoint approach and sighting – demonstrate and try it starting with the mechanical use of a pantograph style drawing tool and an easel to trace the world onto the page

8. Run through the use of pin ruler and pen exercise on the easel 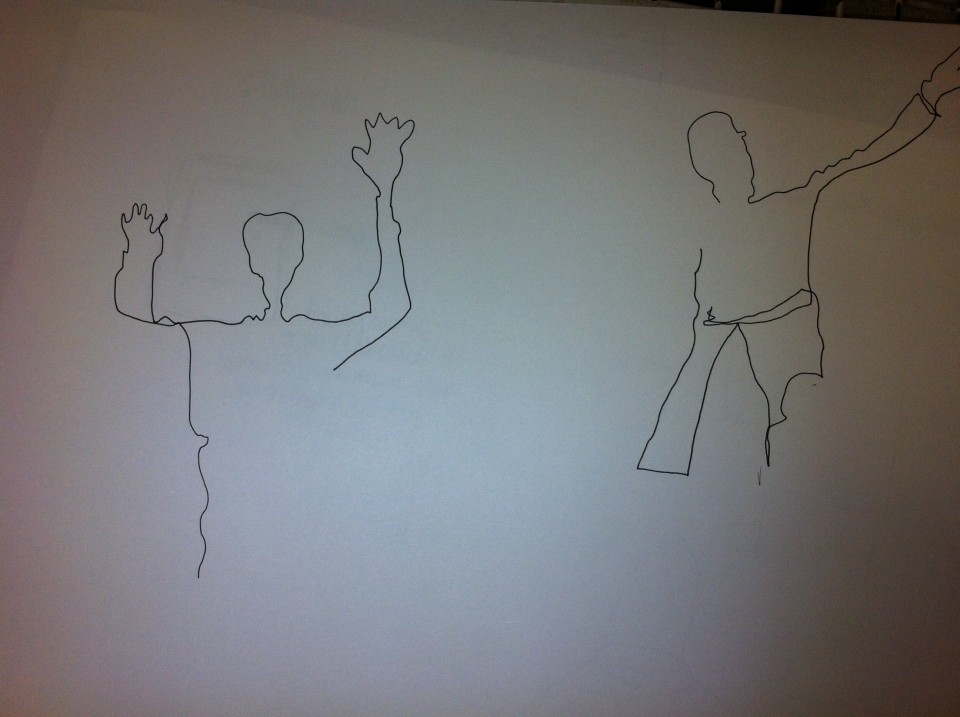 10. Now draw without looking at the page –10 sec exercises drawing the teacher/tutor

11. Use this method to draw foreshortened figures – looking up and down on me

12. Put the figures into a space 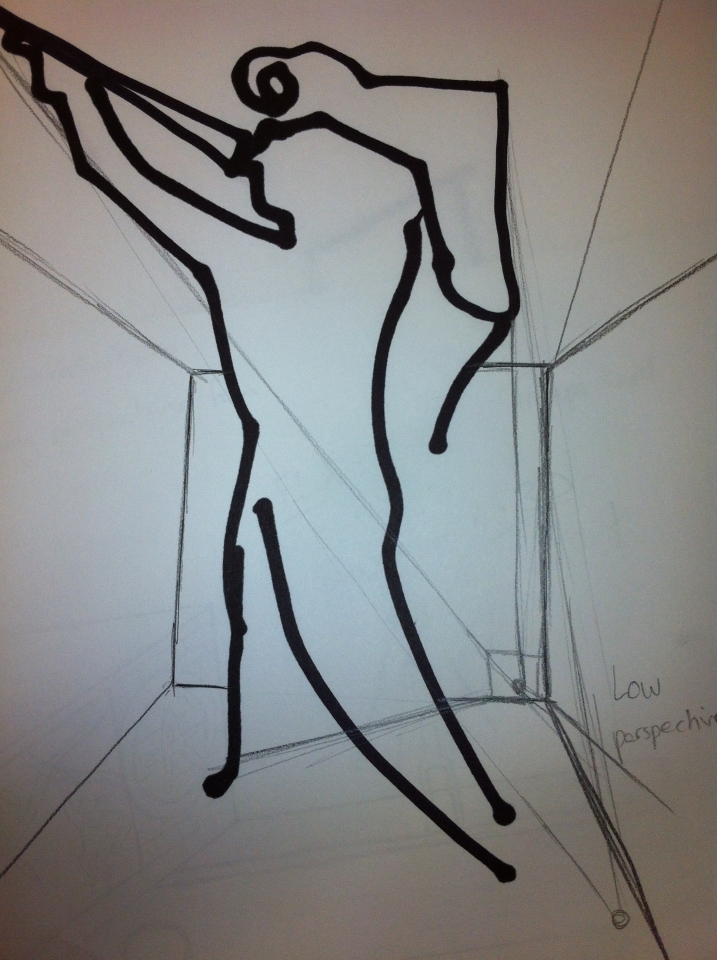 14. Play with figures in their own impossible spaces .. whats it like living there? Whats it like for a child being able to control this illusion 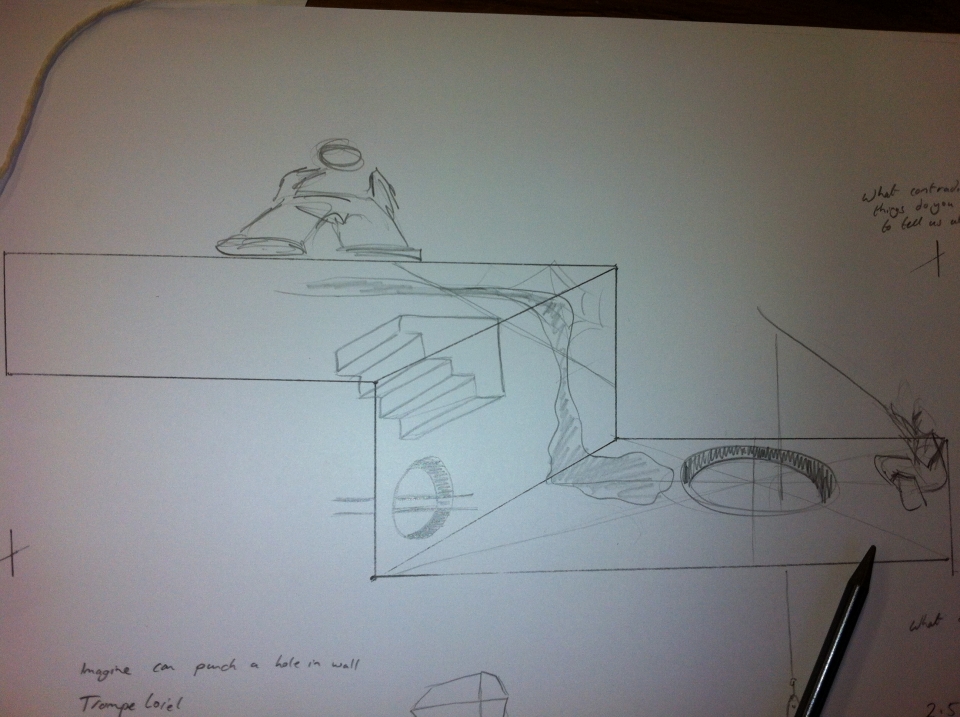 15. Play with this illusion in our 3D world by inverting a simple hand held folded paper form that looks solid but is hollow. Shut one eye to view and what happens when it moves. 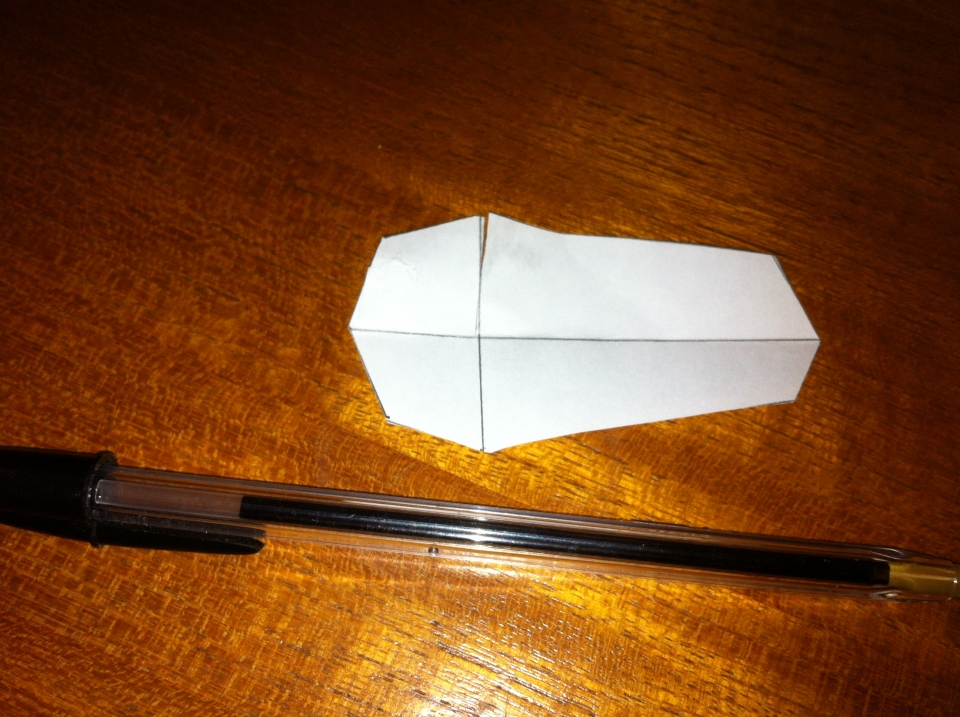 16. Drawing the figure as an illusion has had its day? .. refer to art history .. are there more honest ways of representing a figure in space?

17. Drawing around the hand .. pressing the body onto a surface .. Yves Klein performance piece perhaps the most famous but Leonardo's Man in a circle.   How else could we map the body in space can we add another dimension to the tasks by being honest– work in teams on paper on the floor to map a walk. Develop a language that works to explain the event on the paper. 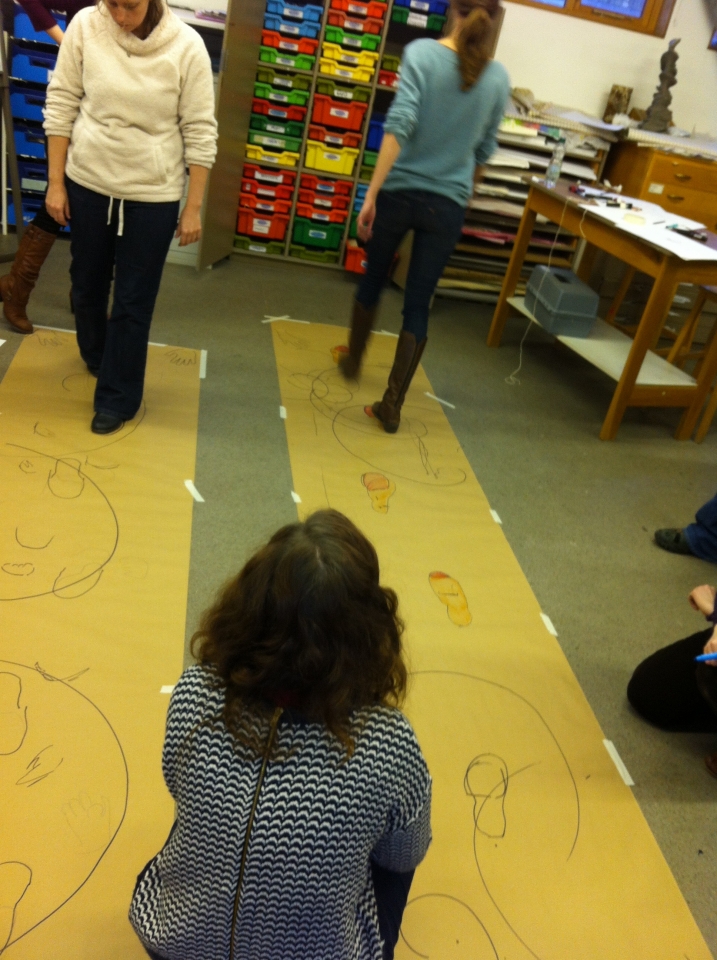 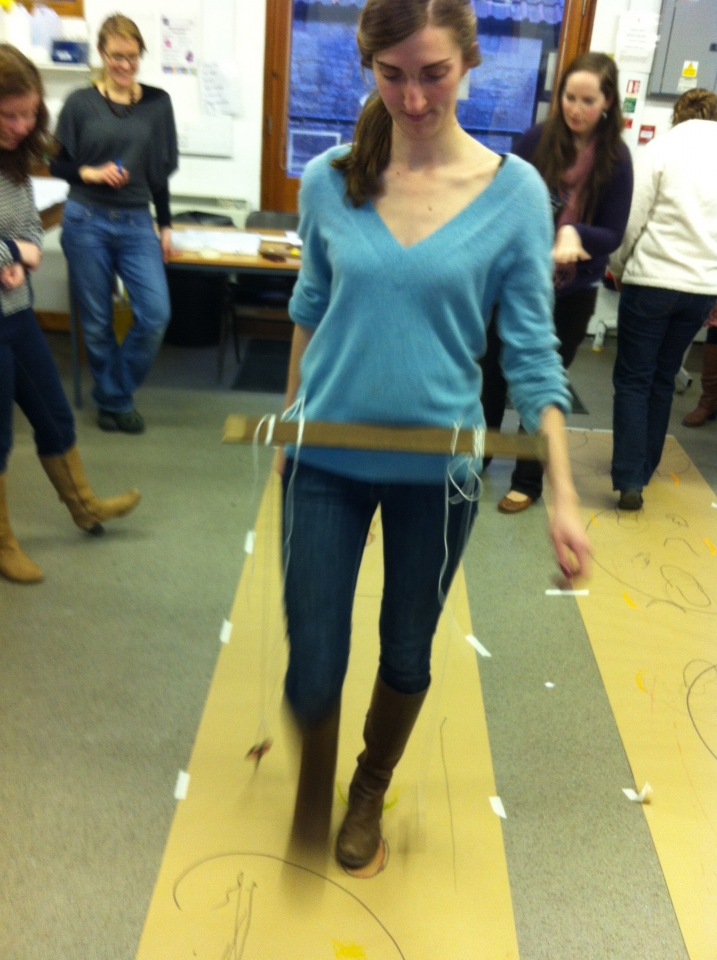 End with the take away 3D illusion to be done before sleep and dreams recorded and give them the mission to make the school art room a space for intellectual and philosophical discussion .... what is a worm hole?