One Self as Another 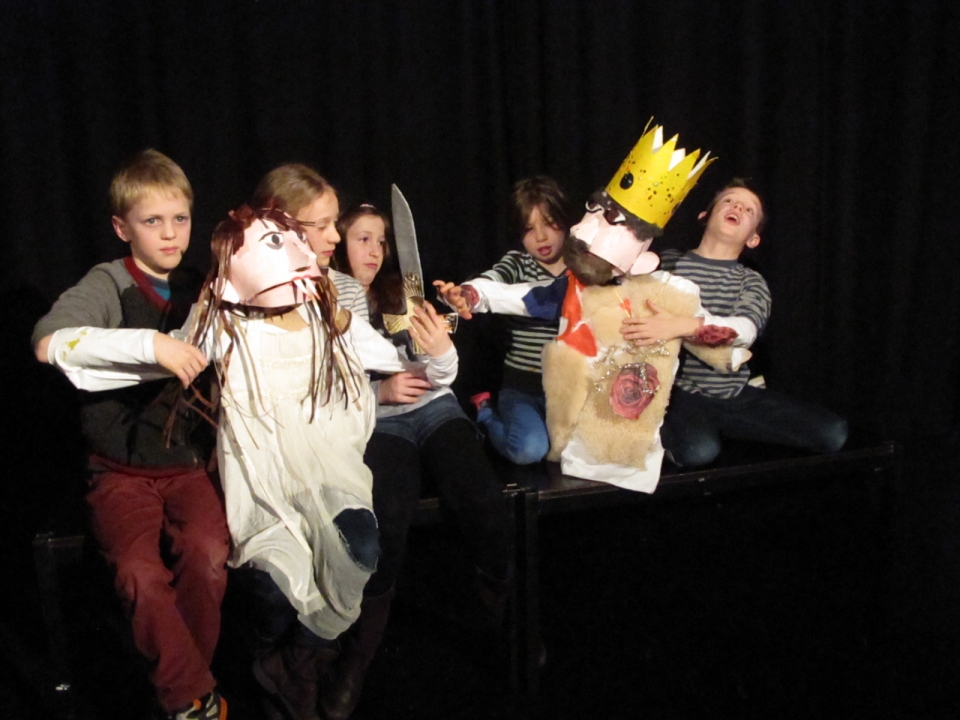 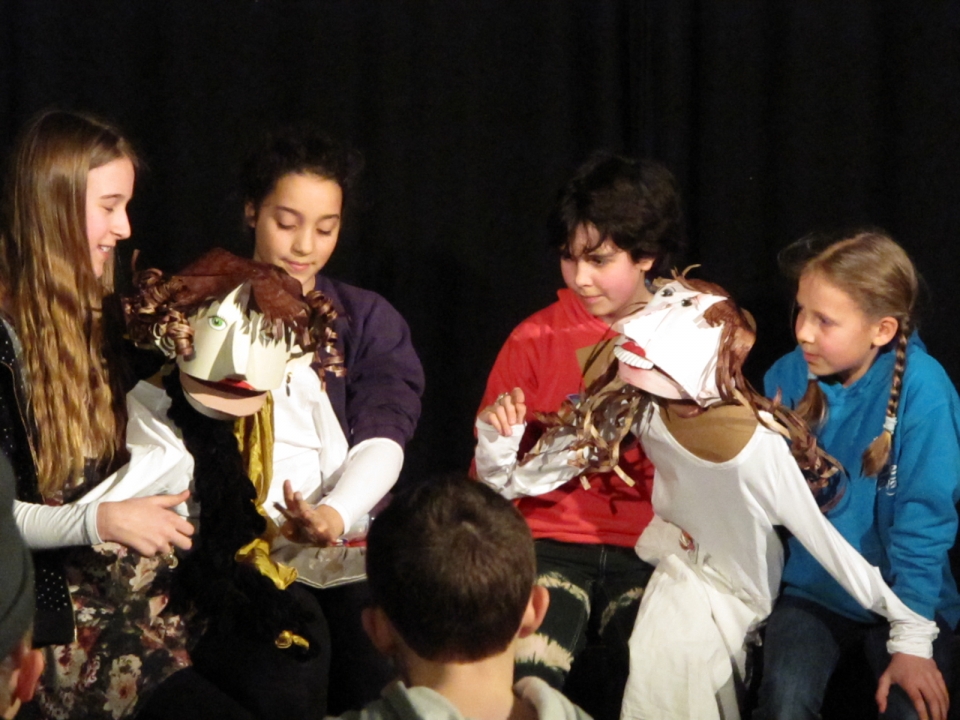 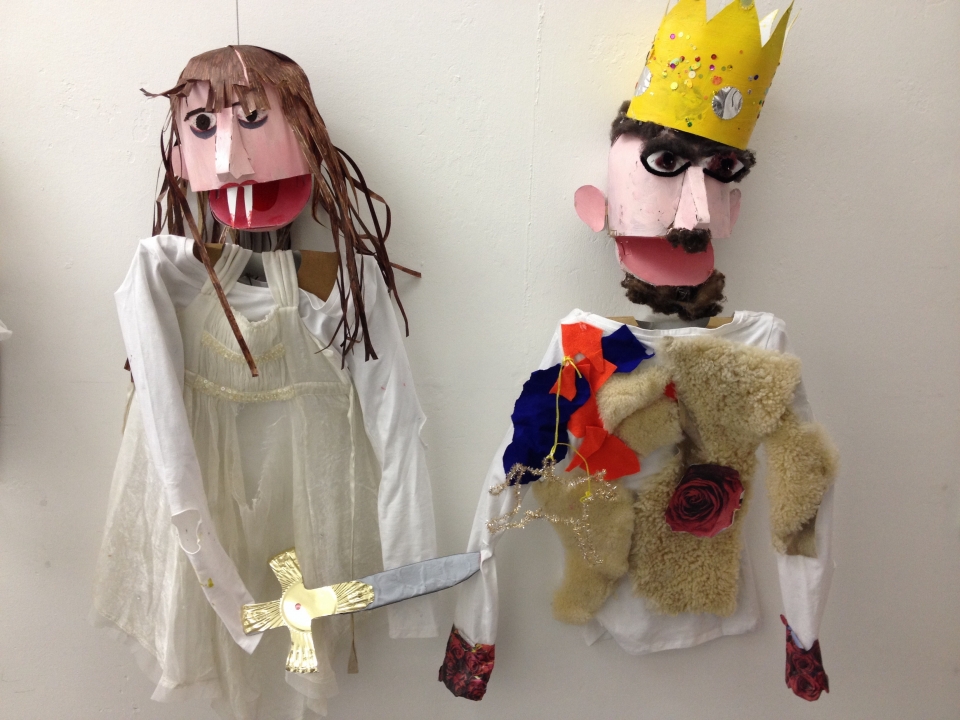 The RWA art gallery and My Future My Choice are developing projects for primary and secondary schools. With an emphasis on developing Art and Design skills linked to DT, ICT, English, Drama, PSHE, Philosophy and History.

In February and March 2014 the theme of the four exhibitions on show is ‘Identity’.

The schools project “One Self as Another” involves enquiry, team work and a synthesis of learning through the making and performing of life size puppets as creative responses to the exhibitions.

Day One - Visit to the RWA

2 hours exploring the exhibitions, with the help of gallery learning staff to engage pupils with the artworks and facilitate group discussion around the theme of portraiture and identity. The session will challenge pupils in small groups to choose a ‘sitter’ from the portraits on show. This sitter will become their puppet. 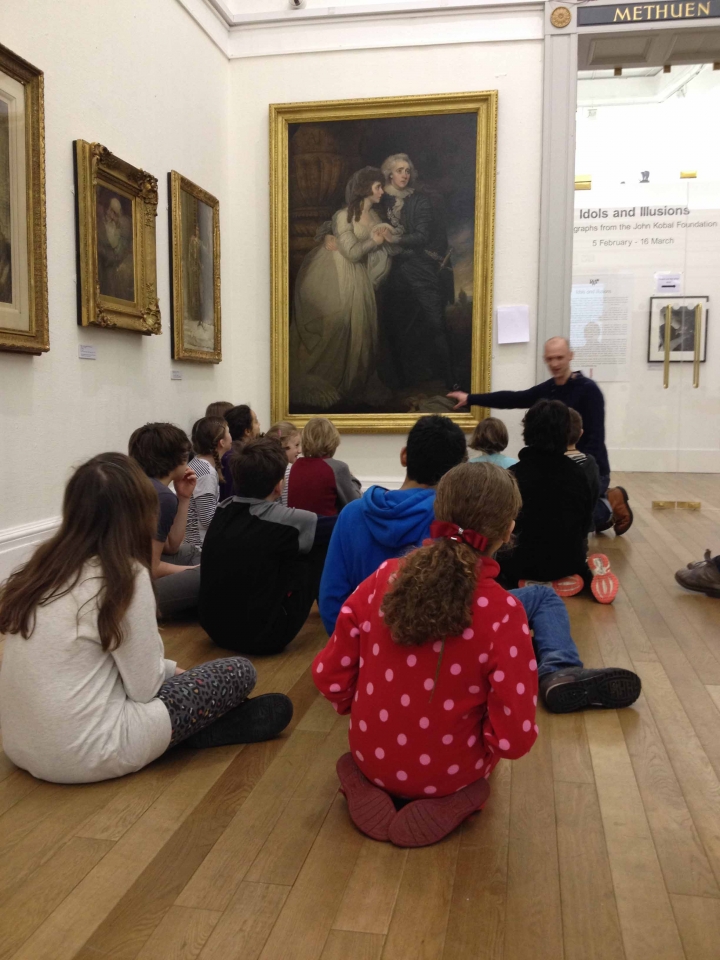 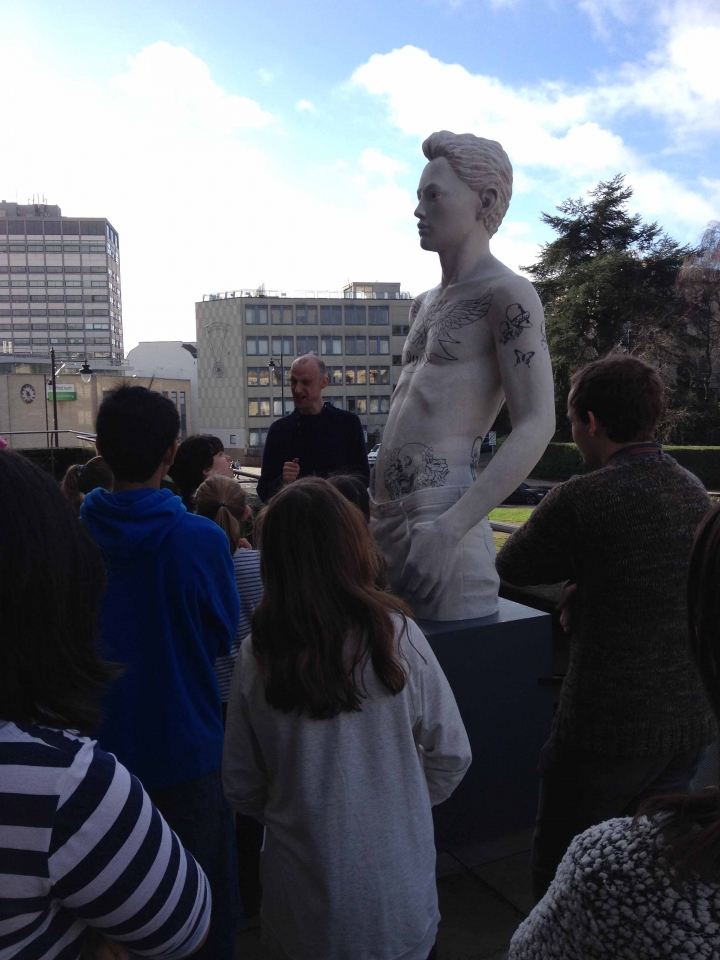 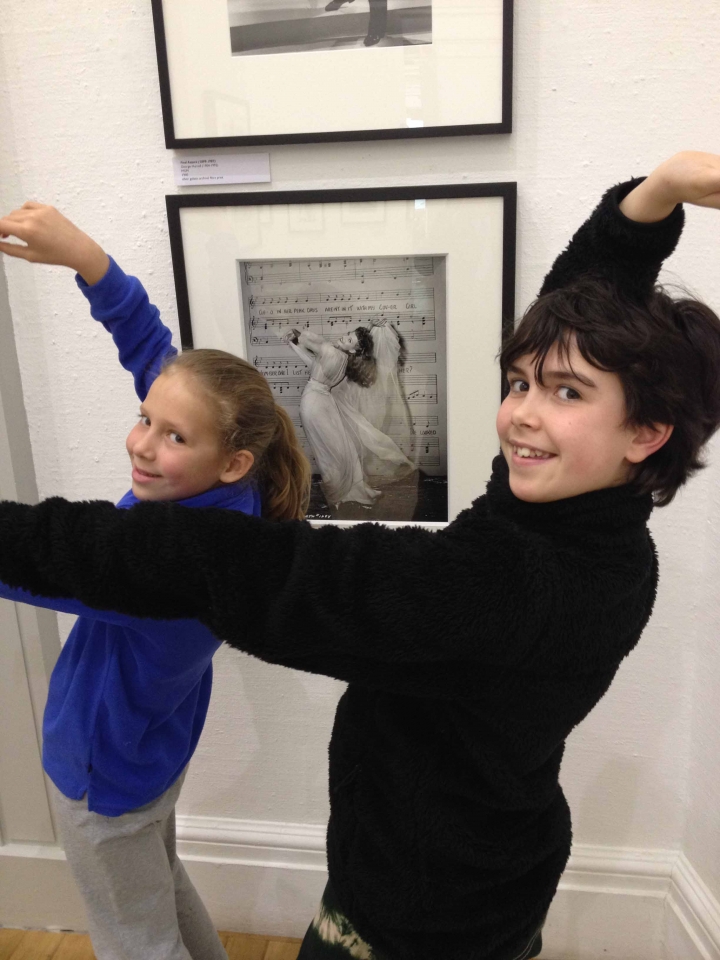 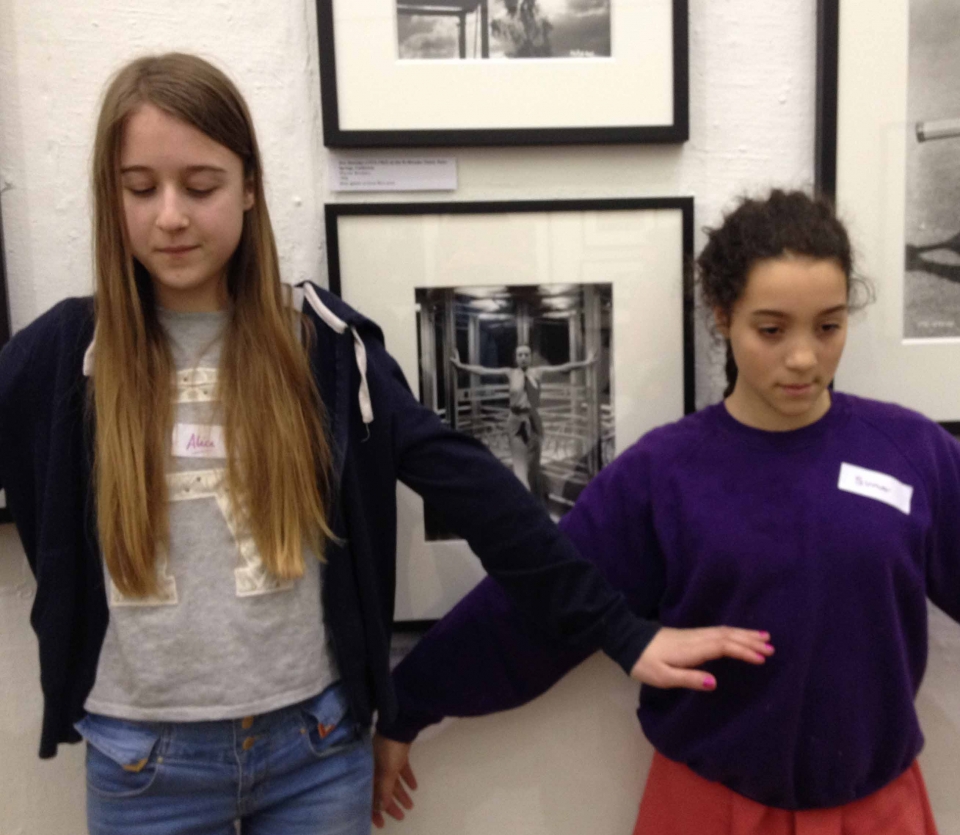 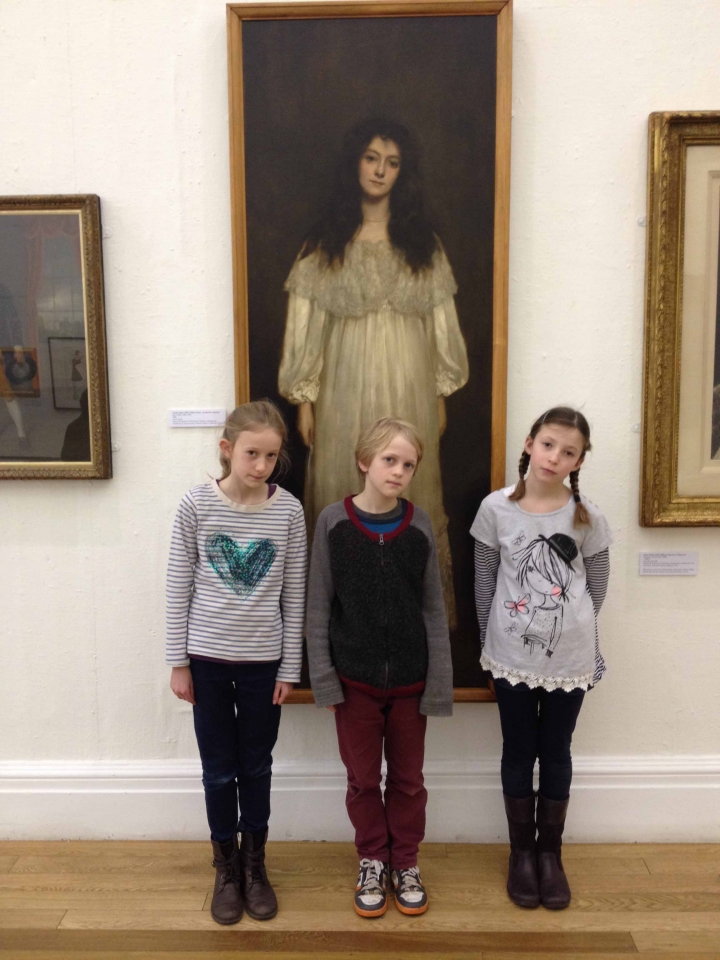 Day One and Two - Extension activity in school

Research and analysis of their ‘sitter’. Knowledge and opinions about their ‘sitter’ develop into life size puppet character. The basic template for the mechanics of the puppet are provided, pupil’s creativity and ingenuity generates the rest. 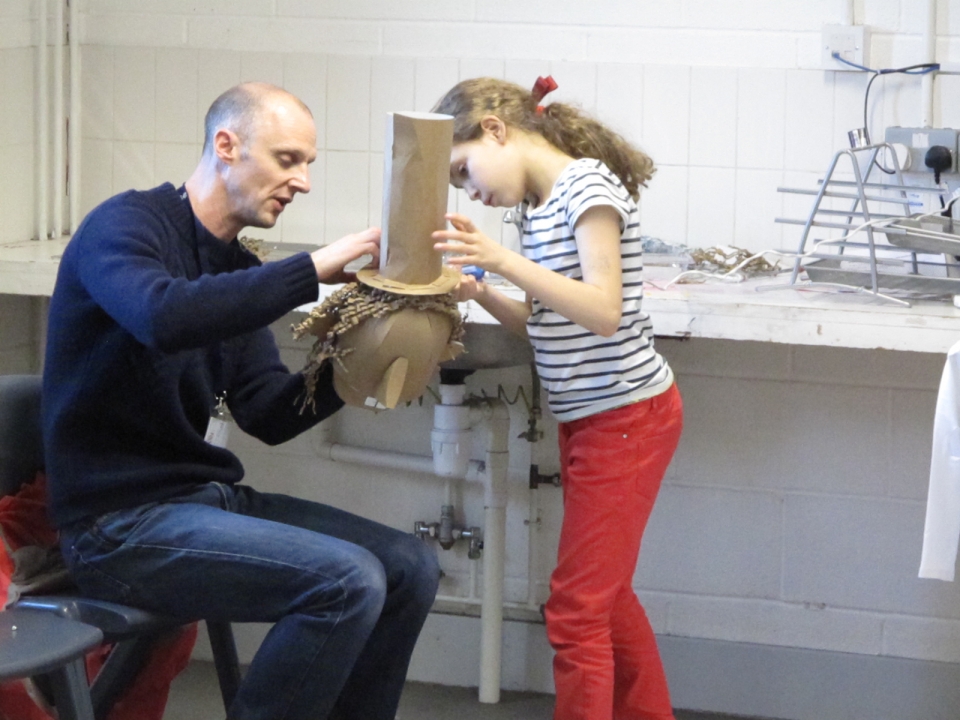 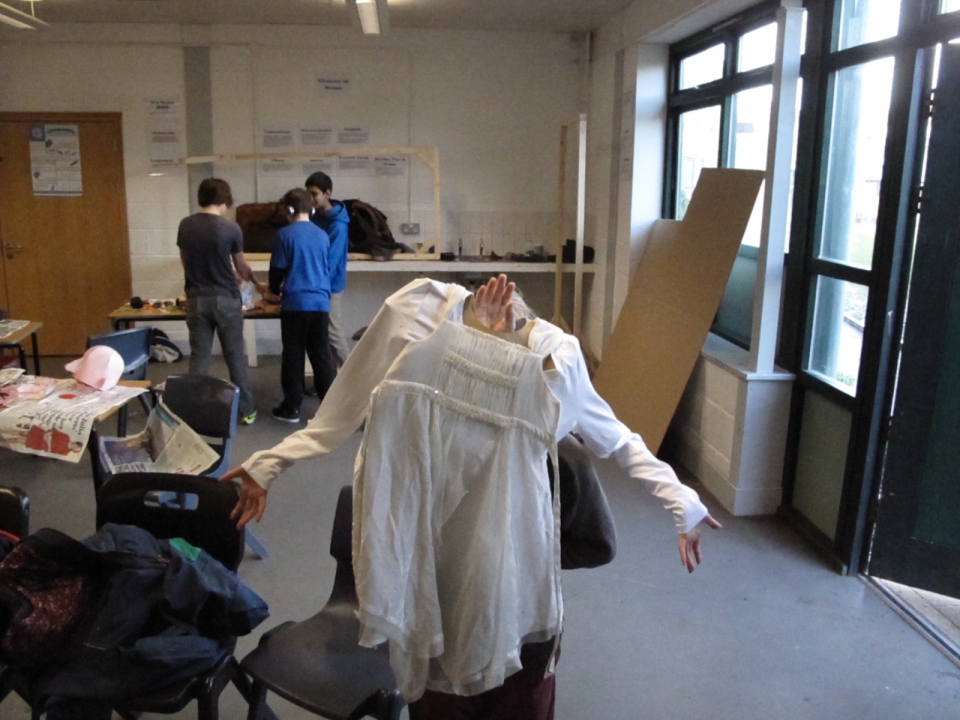 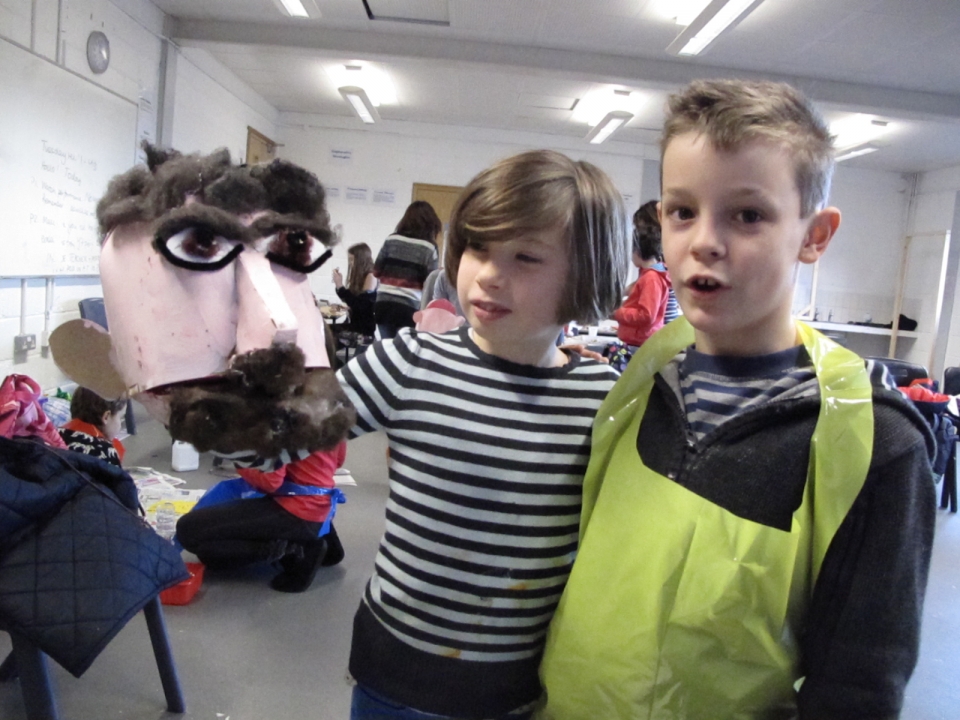 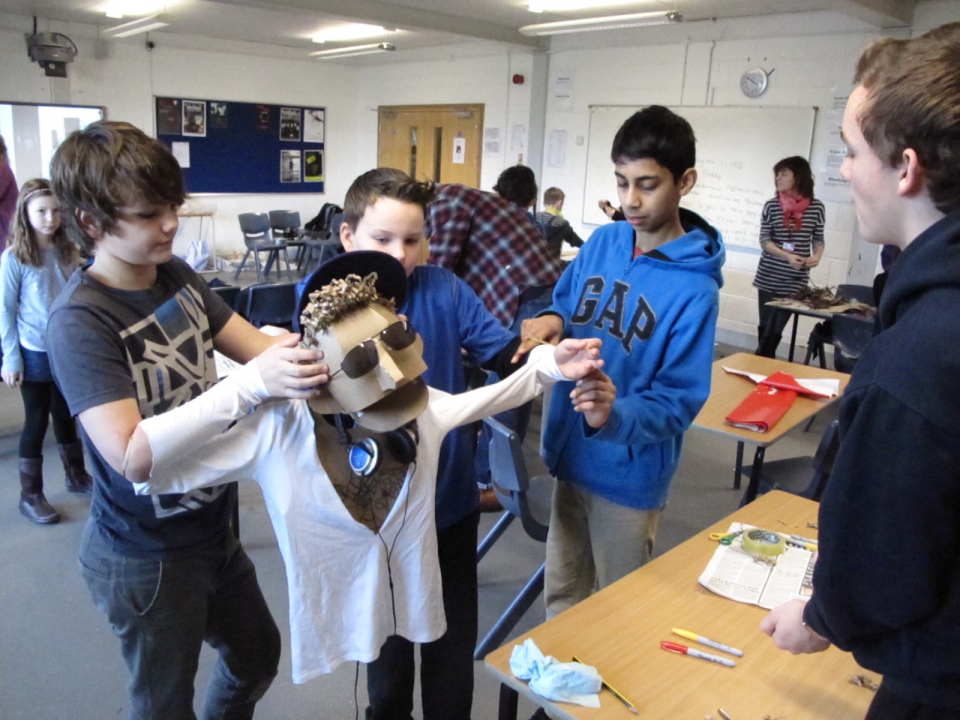 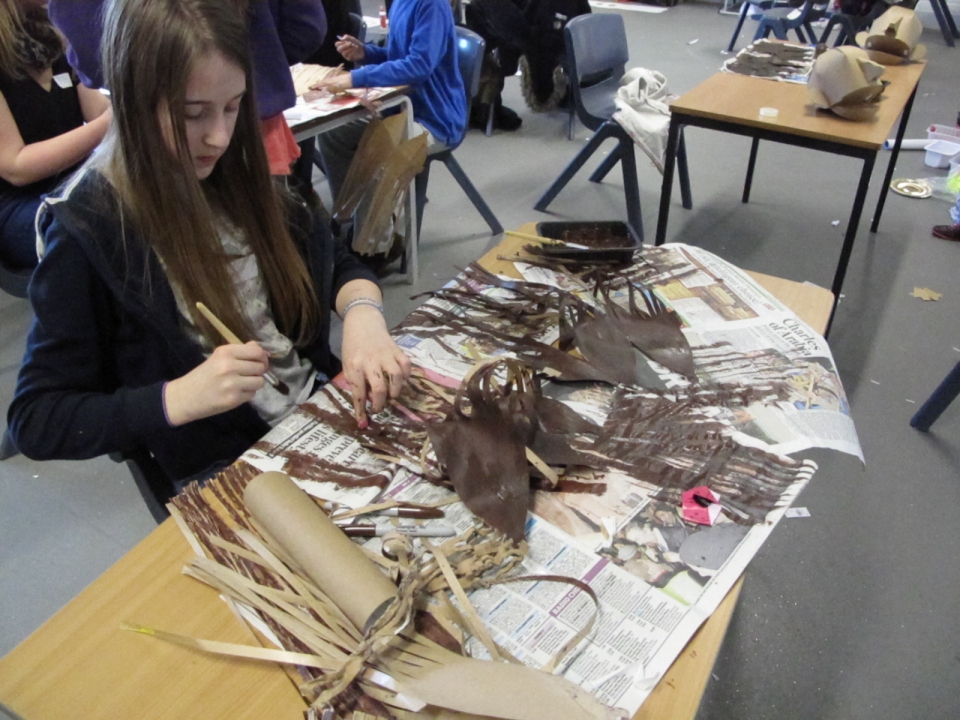 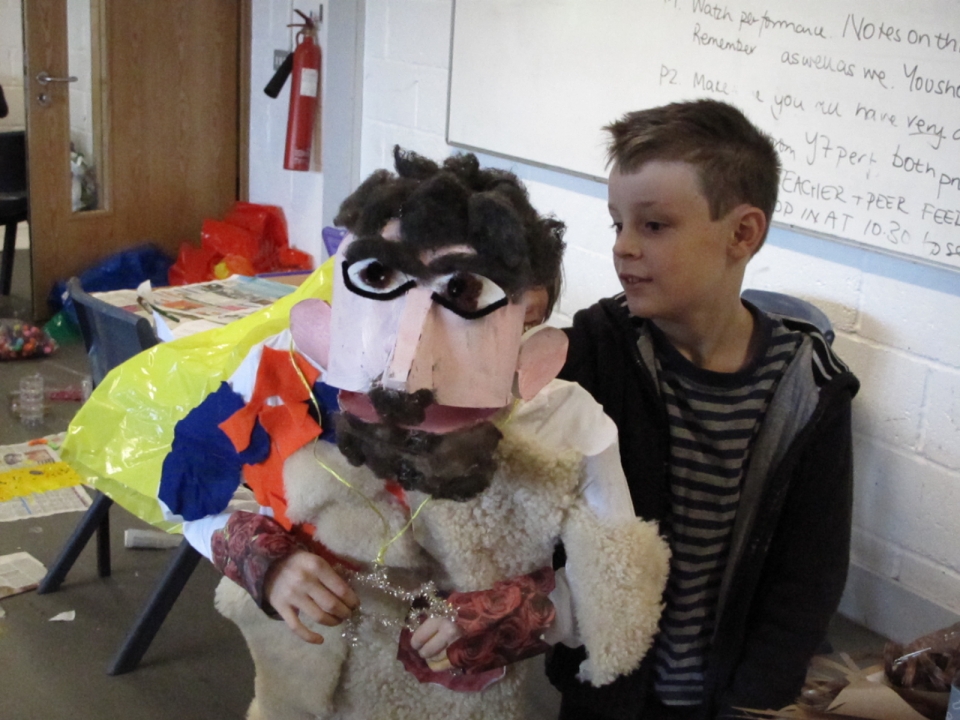 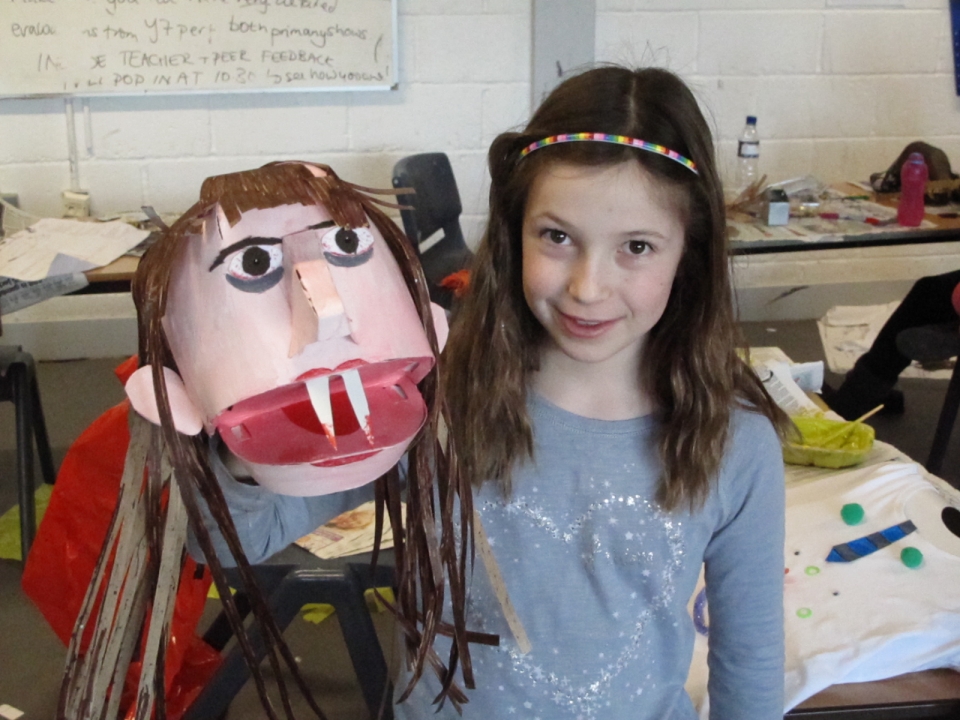 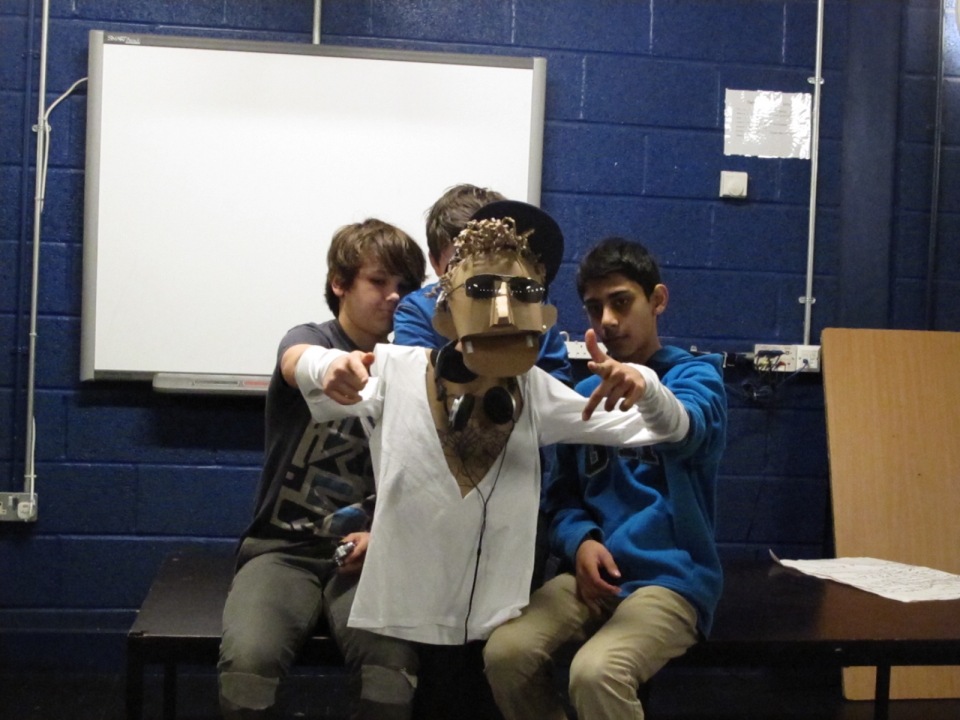 End of Day Two - Performance to parents and families 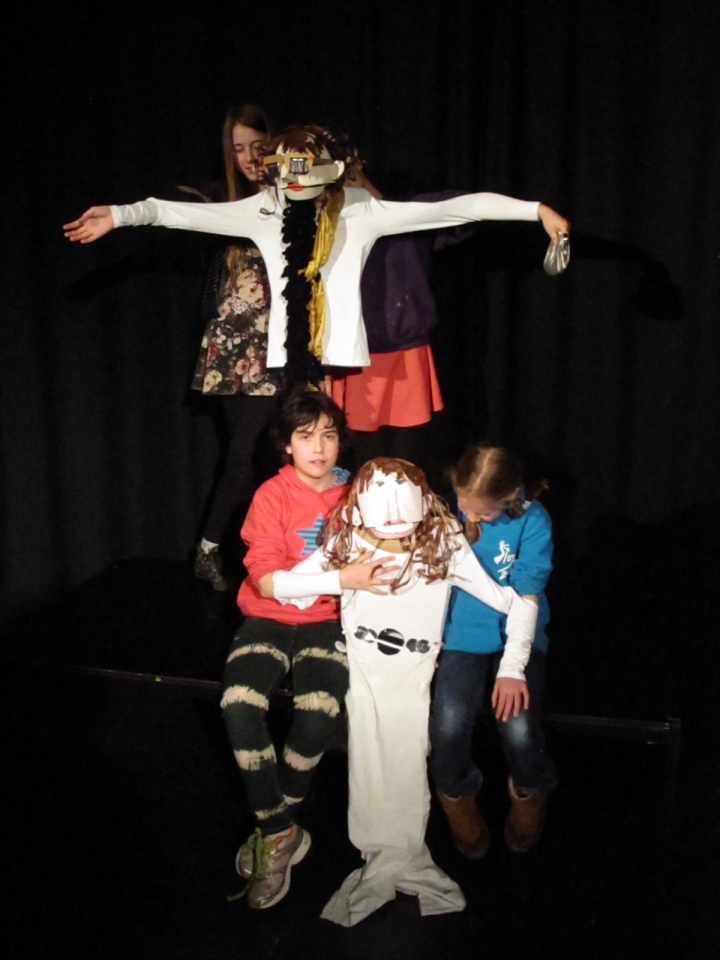 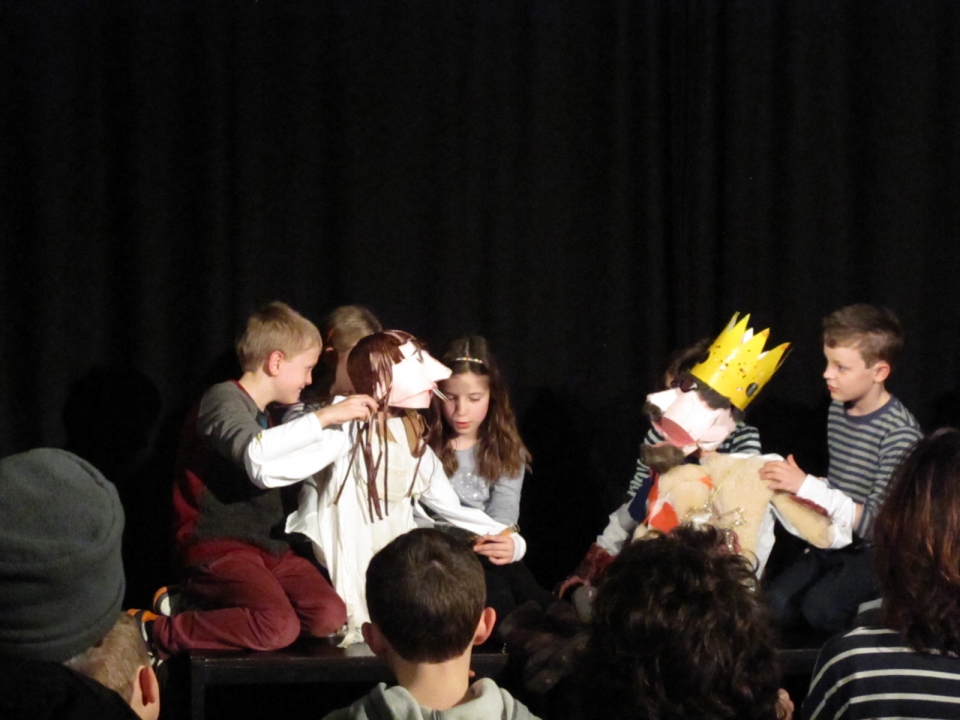 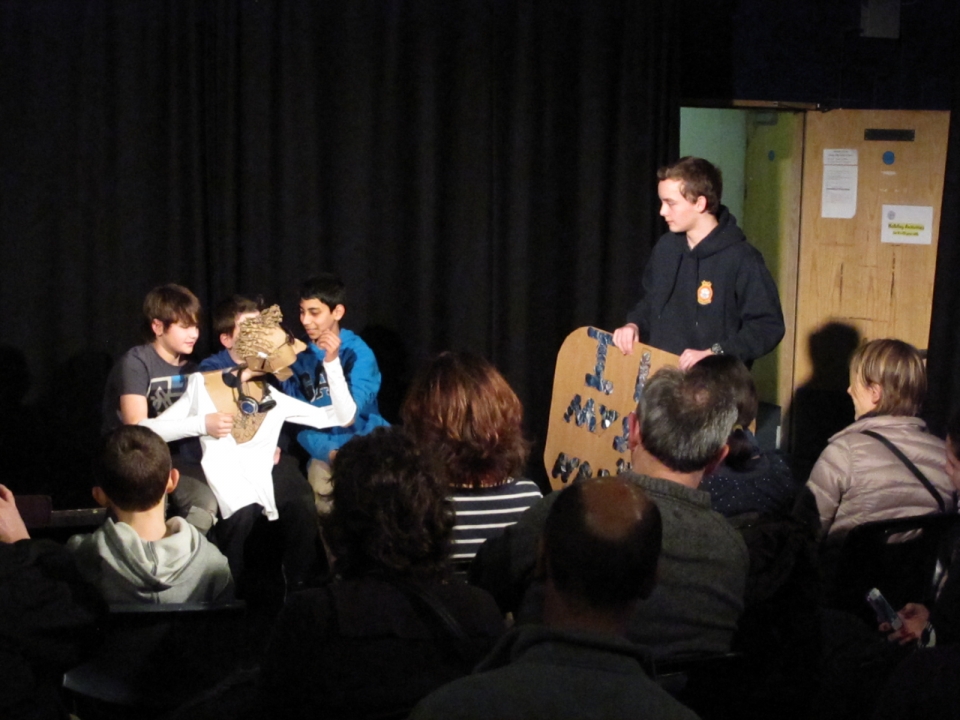 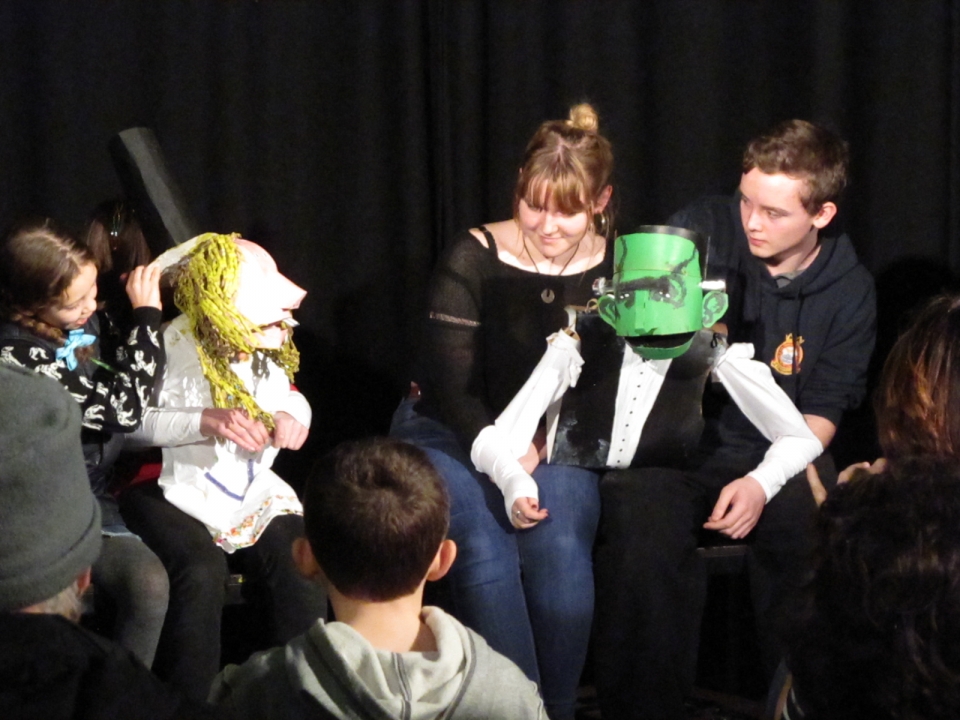 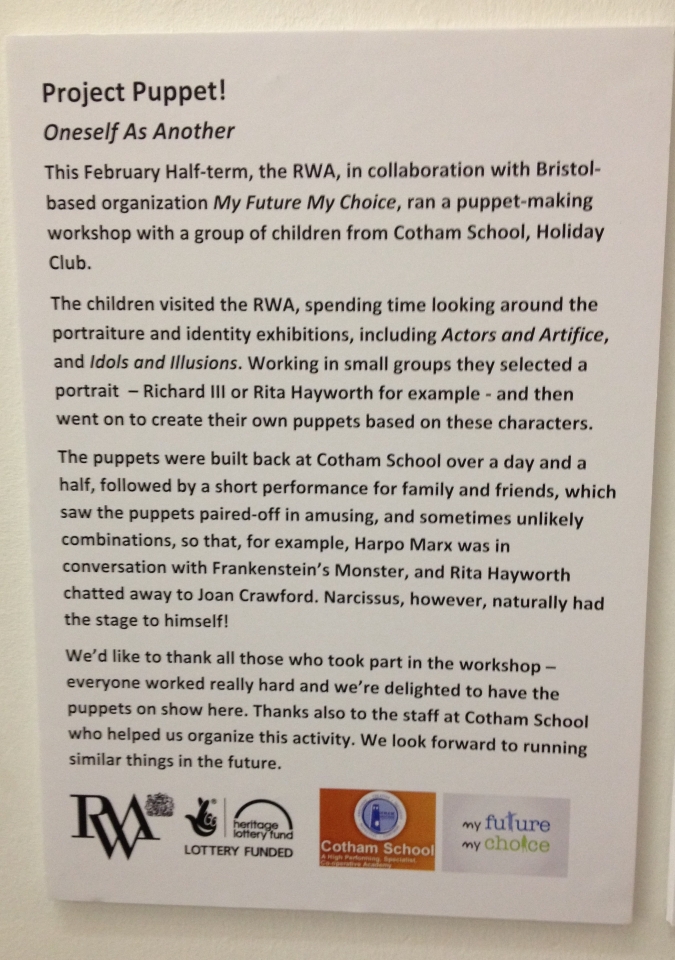 For more information on working with the RWA contact Joel Edwards

More RWA learning projects are planned for the summer term 2014