This pilot event consisted of a range of 40 minute workshops in the M Shed learning studios and a market stall style environment running through the galleries to link exhibits to live engineers. Schools signed up for a 2.5 hour session or were visiting the museum and got involved. On the Saturday the public could access the stalls with the engineers and could book for a workshop on flight that ran four times throughout the day. The learning went both ways as most of the engineers were not trained presenters.

M Shed Museum  is surrounded by Bristol's engineering heritage. Matt Tosh one of the Ingenious project volunteers engaged young people in this exciting stimulus. He linked  machinery, vehicles and the dockland environment to principles of engineering and the range of related jobs. 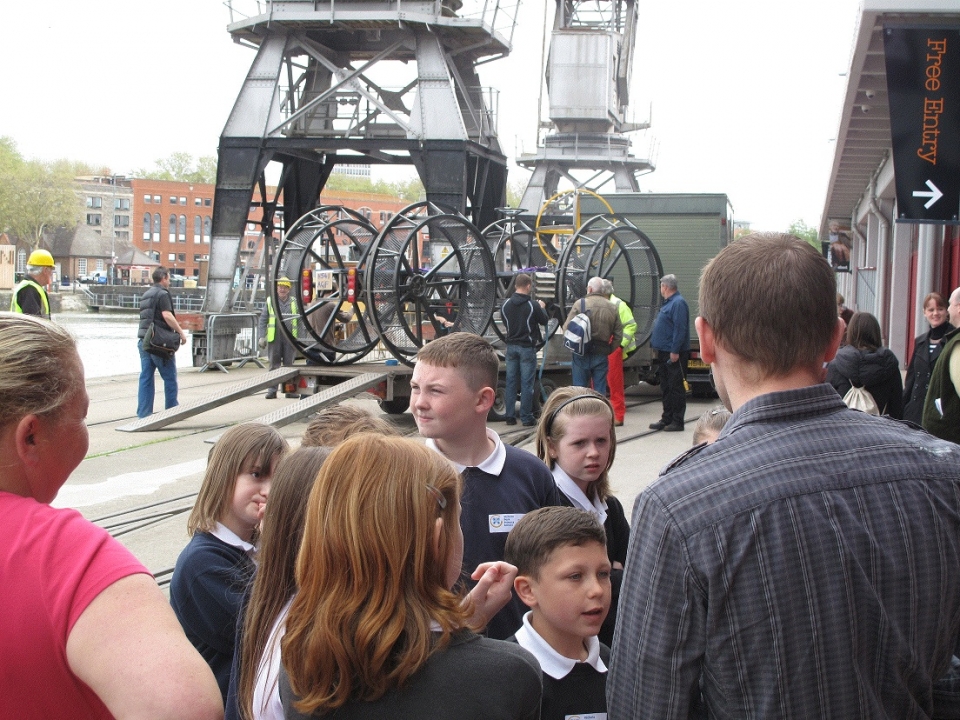 Part of Claverham's businesses is to make hydraulic systems for aircraft and helicopters. Phil Rowles, a Hydraulic engineer ran  four workshops each day. He amazed participants with readily available materials to reveal how  hydraulic systems work. 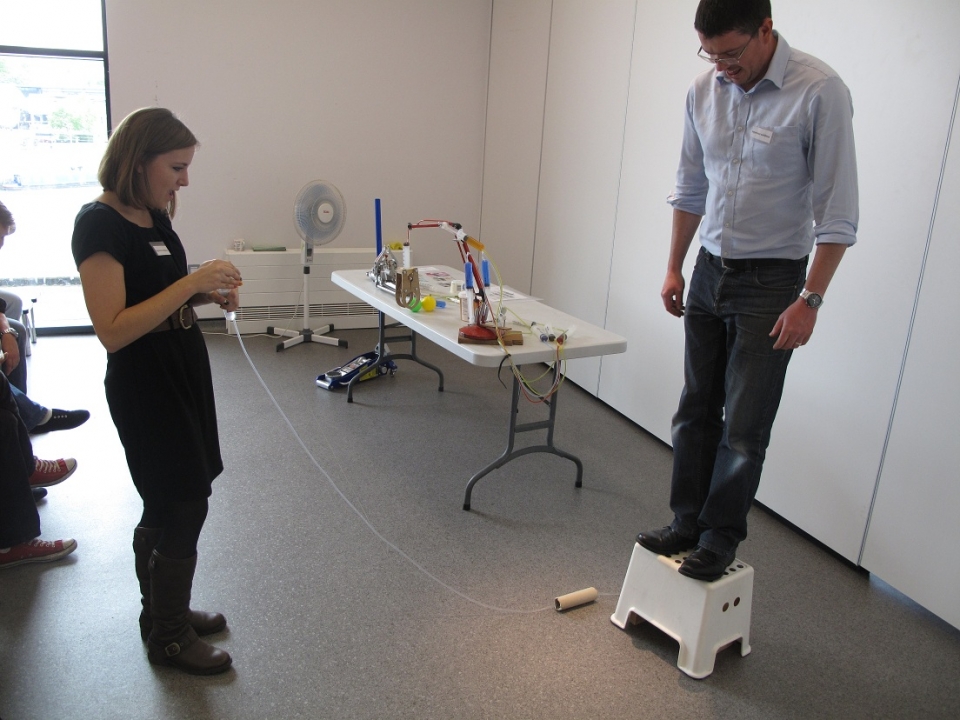 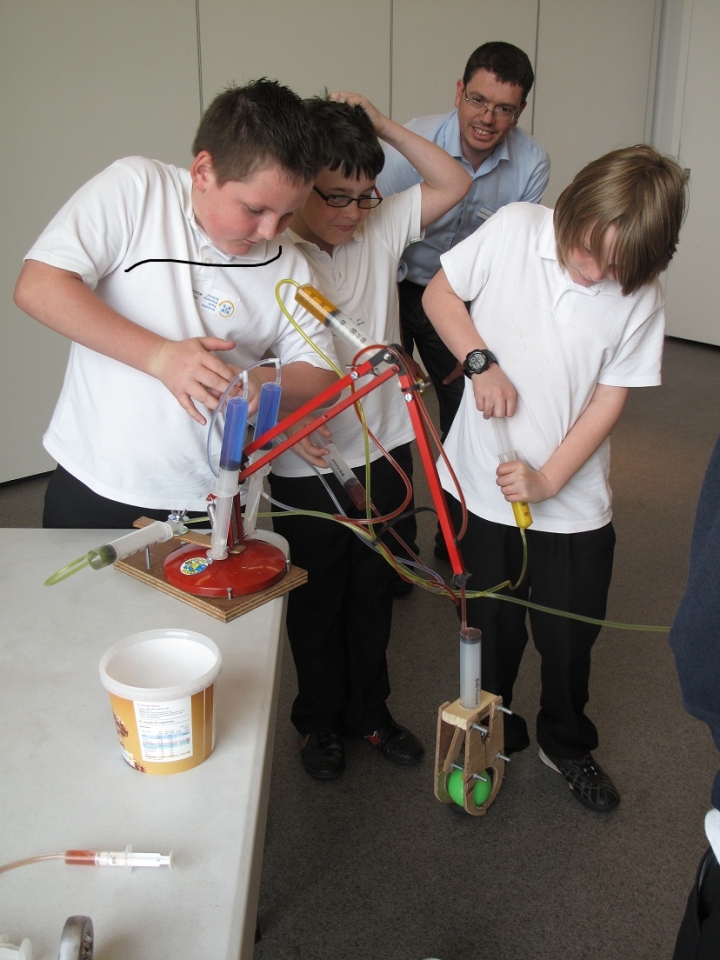 It works to engage all ages 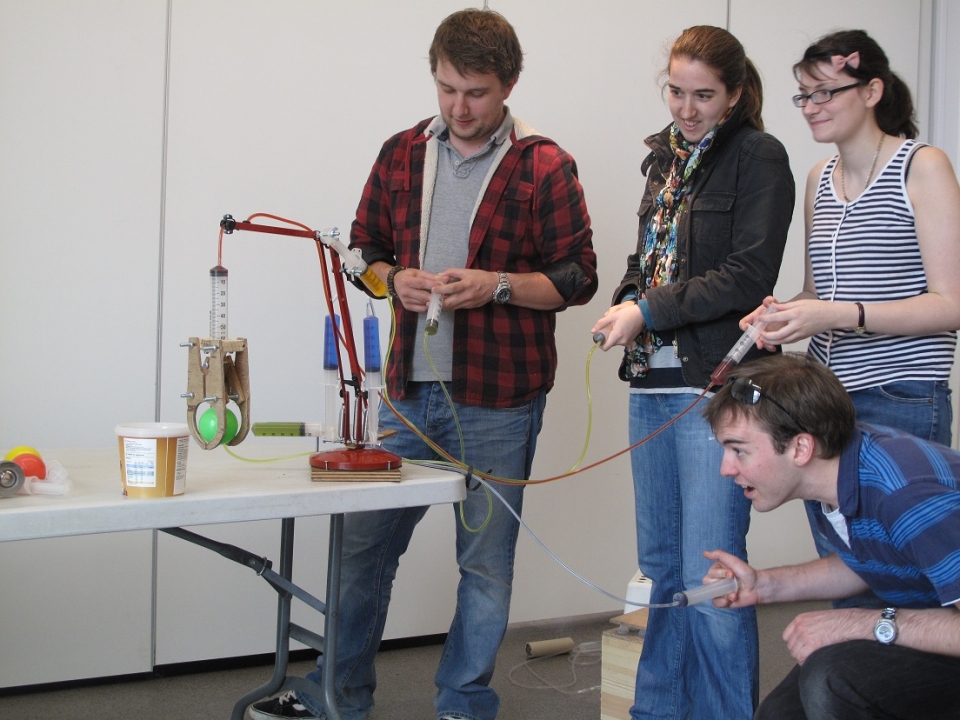 Bernard North works for Claverham as an engineer. He is also a member of the Society of Model Engineers which wants to engage young people in engineering. The Ingenious project provided the perfect test bed to see how they work best with schools and the public. Bernard used working models of steam engines and a full range of the materials to engage and explain the functions of a steam engine and the processes and materials needed to make one. 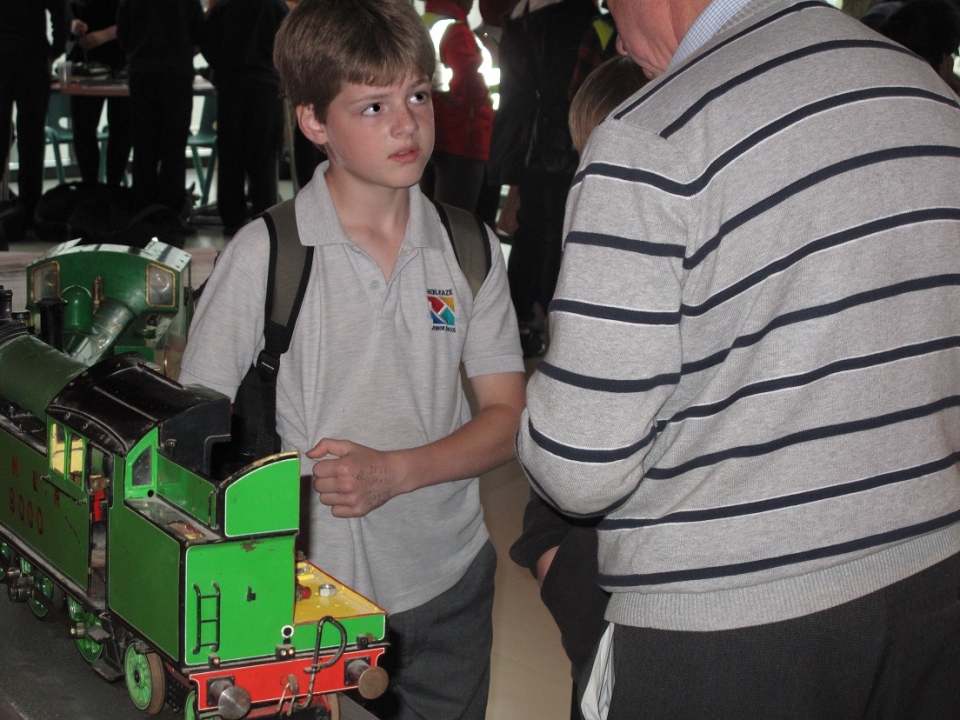 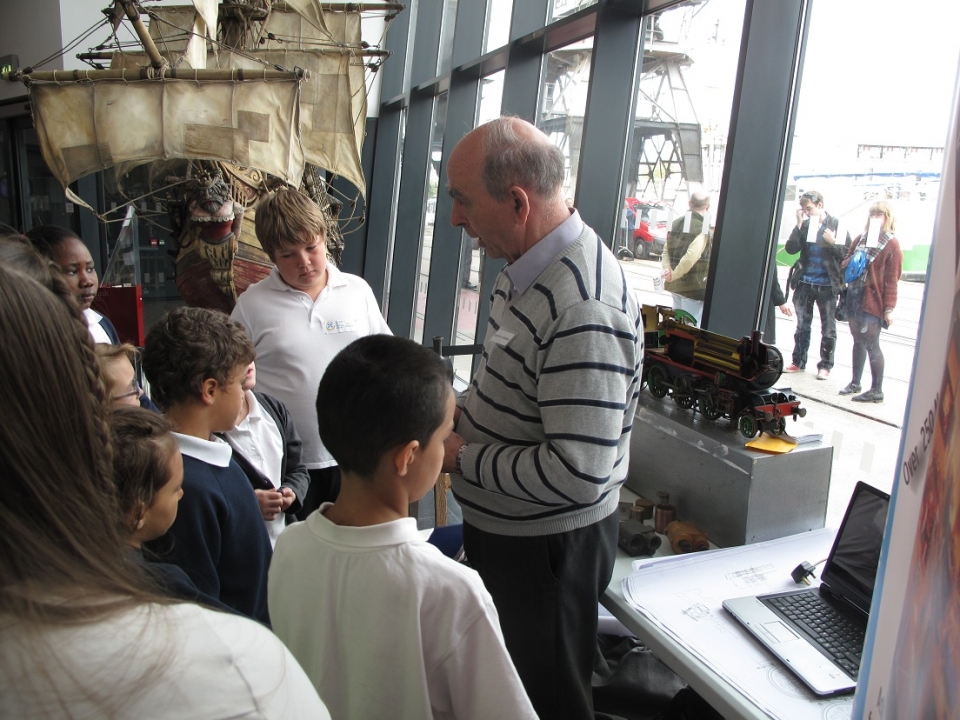 The project devised an Engineering-Jobs Top-Trumps card game. Engineers rewarded children with cards for asking questions or feeding back learning. This approach was used to encourage interaction around the key messages for very diverse exhibits and activities. Exhibitors and workshop leaders had sent in their ideas for the cards based on their actual jobs. These were combined to make 40 different engineering characters. Some of the cards were 'Ancestral Engineers' or 'Future Engineers' so children found themselves playing Top Trumps with characters like Blacksmith or Tele-Portation Engineer. It appeared to be successful with children returning on Saturday to try and complete their set of cards. There is a need for some reworking of the content. It was most successful when an engineer felt the cards they distributed represented them and people they interacted with in their job. 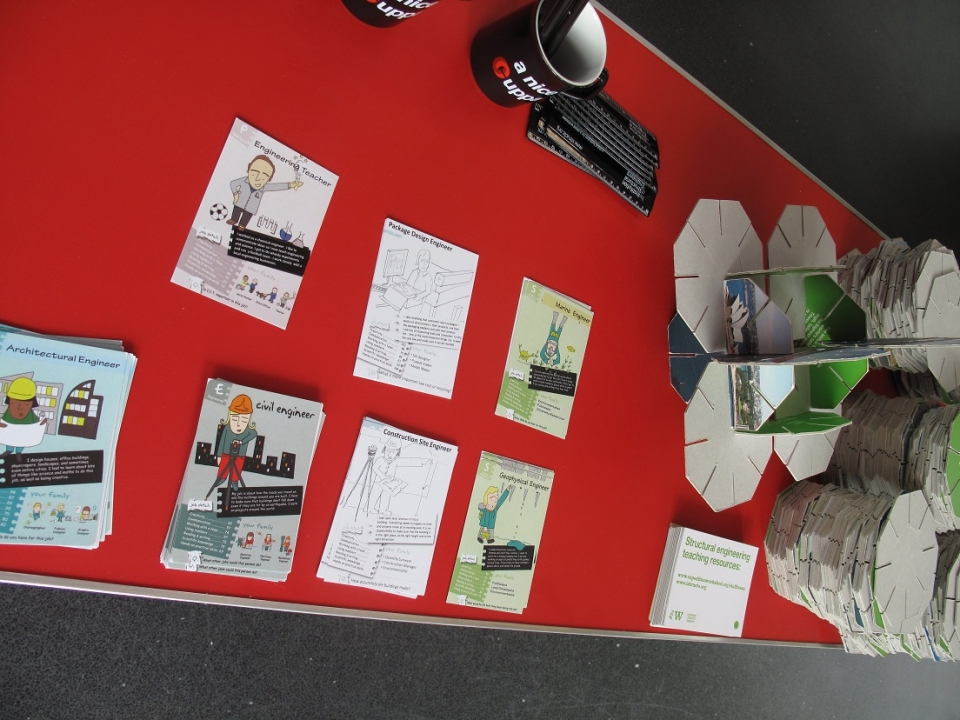 David Oyns from the Arkwright Scholarship Trust ran four workshops a day on understanding flight. He explored this in active workshops using  traditional tools used by the earliest pioneers of flight as well as modern principles relying on computer technology. He was assisted by engineers from Rolls-Royce who provided the relevant role model to link the workshop directly to the world of work. 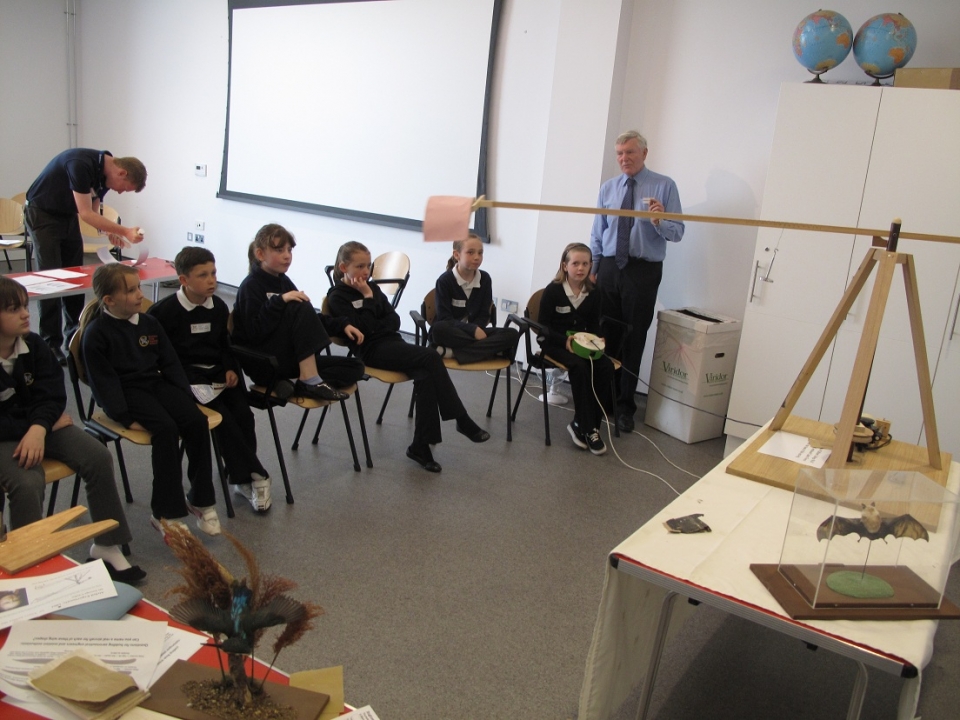 Mark Hazzard, Rolls-Royce Engineer plays his Top Trumps cards carefully. Getting youngsters to reflect on the differences between engineers such as Aero-Nautical, Aviation, Mechanical, Systems, Electronic and Electrical. 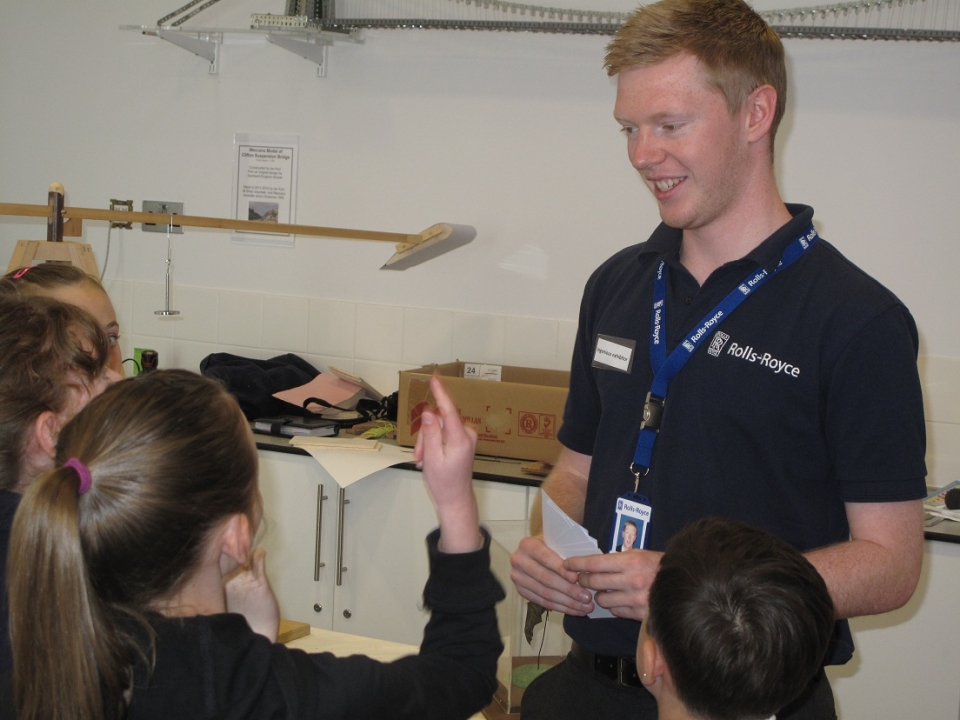 Rebecca Prior, a model making engineer ran a series of automaton workshops showing how cams, cogs and and wheels function. 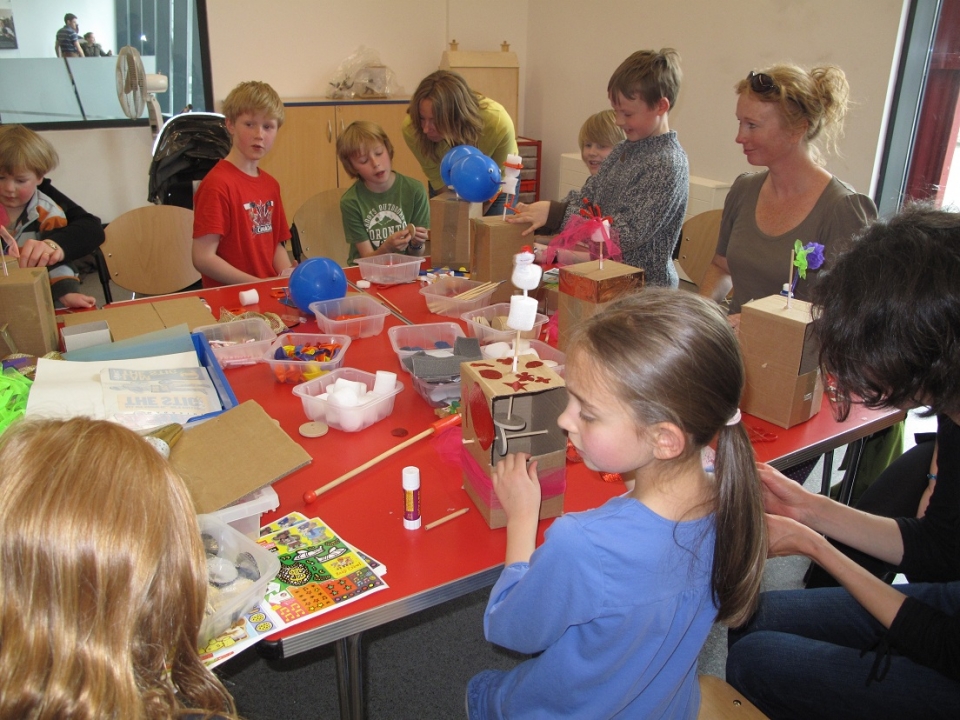 Ben Meller works at the museum and is building a skate board ramp outside M Shed for an Olympic themed show. The demonstration of how gravity works in time and space which was provided by Deep Space  Engineers from SEA captured his imagination as well as the visitors and created endless discussion on how planets and satellites orbit a star. 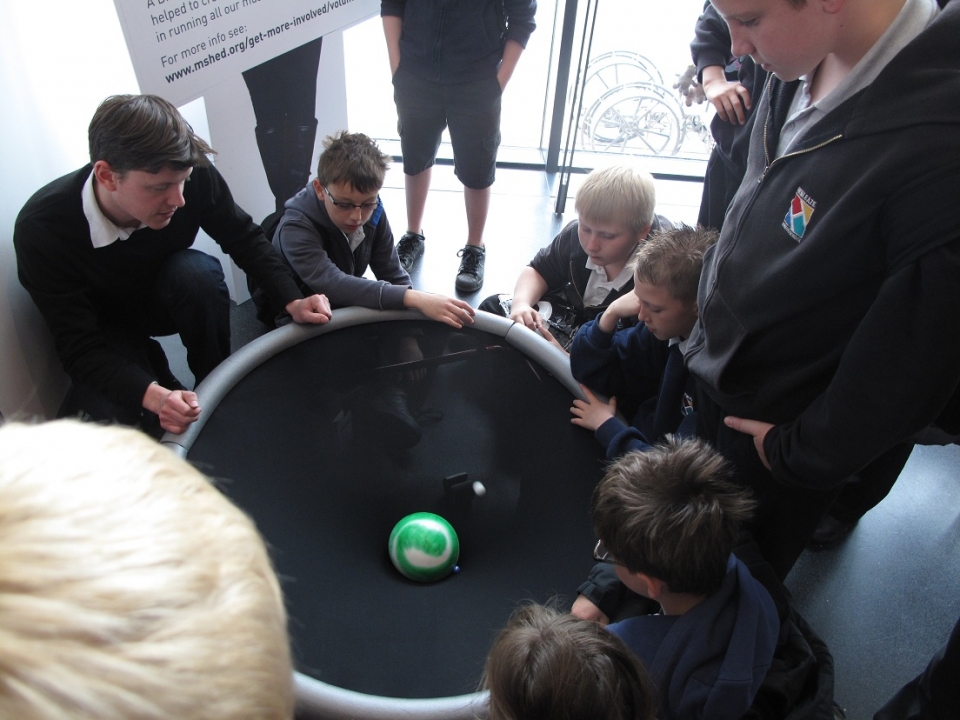 Andrew Bacon, Space Engineer from SEA who devised the demonstration of gravity to show how satellites stay up engages young people in designs for the skate ramps. 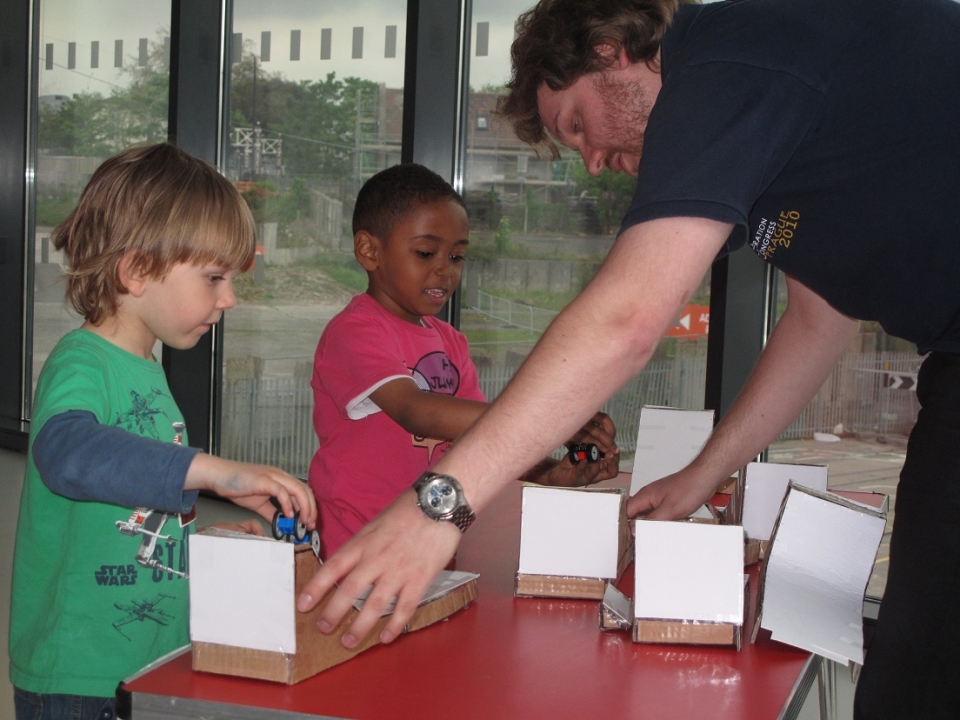 Helen Featherstone from UWE uses the principles of knitting, knotting and weaving to get participants to think about the role of textiles engineers, either as a traditional craft or as an industrial process. Her project brings home the importance of hand skills in the process of making and devising. Continuous Loop Project 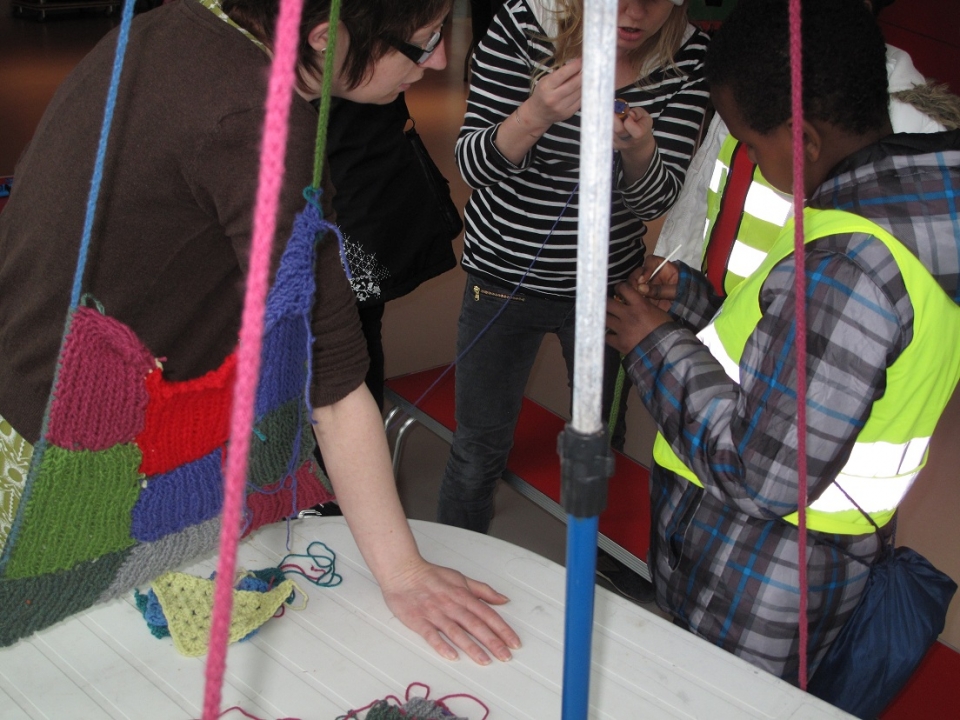 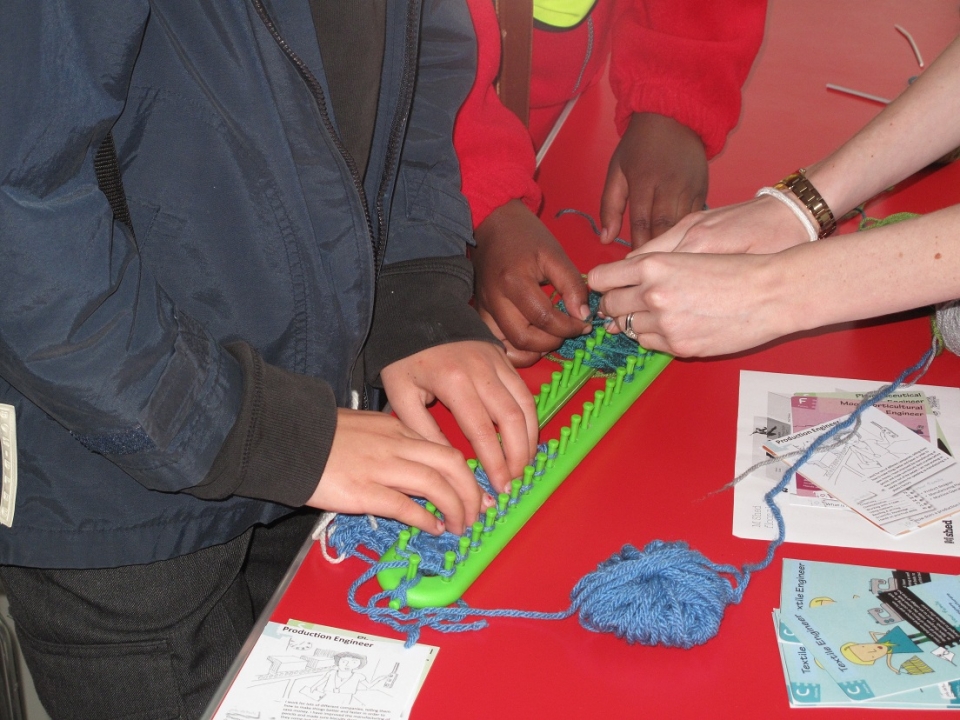 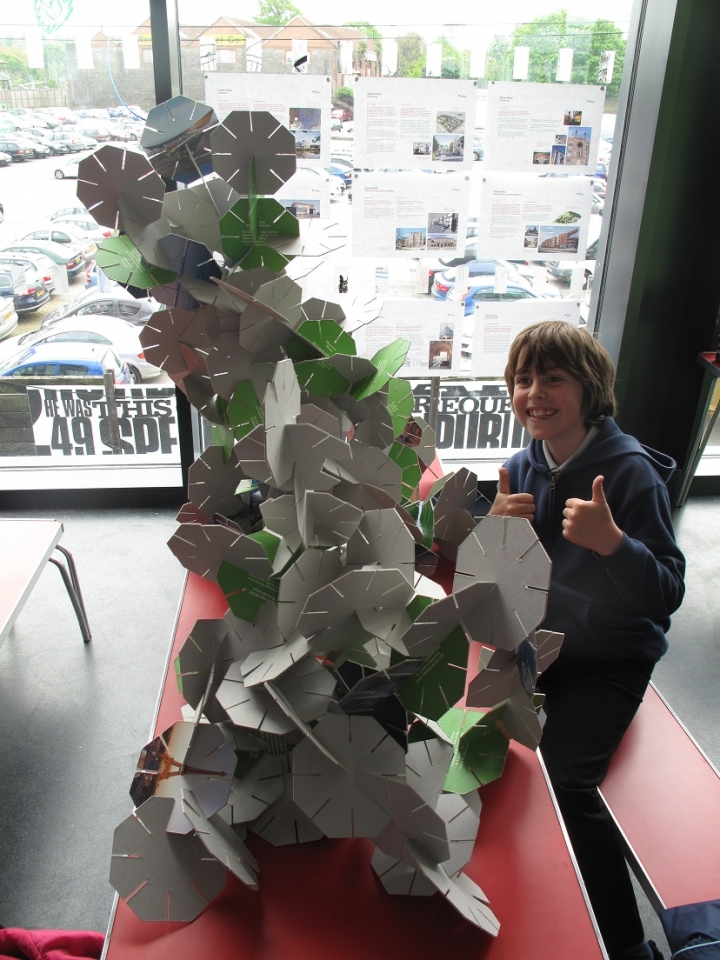 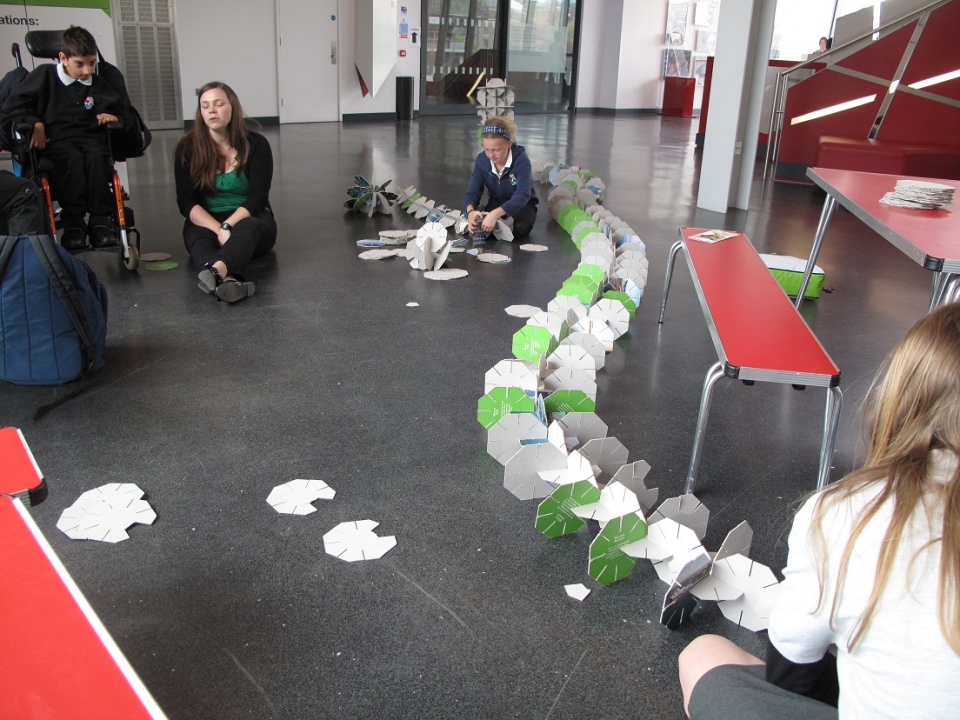 Sam another Deep Space engineer from SEA makes rockets -no Engineering Fair is complete without a rocket!

Some of the stands will be open to all Museum visitors.

Evaluations from the children, teachers, parents  and volunteers taking part will follow.