Developed as part of a government Key Stage 2 Pathfinder Programme to improve children's and parent's awareness of the world of work before entry into secondary school. This simple document can have a profound impact on both family and school -

This is a resource to establish a bench mark for children's aspirations in school as well as a means to engage parents and carers in evaluating the context for their aspiration and a communities hopes and fears about the future. Teachers see it as a useful tool for Self Evaluation of the community context for their school.

We found it was no good sending a school style letter home. It just didn't work to use the normal functions of 'letter home'.

We devised a lesson for Year 5 or Year 6 about journalists, market researchers and good speaking and listening. In some schools we got real journalists or market researchers to come into the classroom and talk about how they did their job. These lesson plans are available in full in the My Future My Choice folder. see ASDAN STORE for details via this link.

Each child was given a sealed envelope and a clear idea about their assignment and they went home equipped to gather information. This model of market research has been used by Fire & Rescue Services. 'Young Fire Fighters' go home from school and report on smoke alarms in their home . If they have too few alarms the 'Young Fire Fighter' can collect one from the Fire Officer (who comes into school in a Fire Engine) and take it home. Fire & Rescue Services report a reduction of call outs relative to the smoke alarms requested.

Our 'Young Researchers' had not seen the questions in schools. Sealed envelopes went home with the instructions for them to be opened at home. Children where suitable pleased with the idea that they had a job not a homework and that they had new skills to try out for talking to others.

It was essential that the form was colorful and engaging with a page each for the child and two adults.We have tested the return rates to a black and white form with no images except the school logo and over a third where not returned. 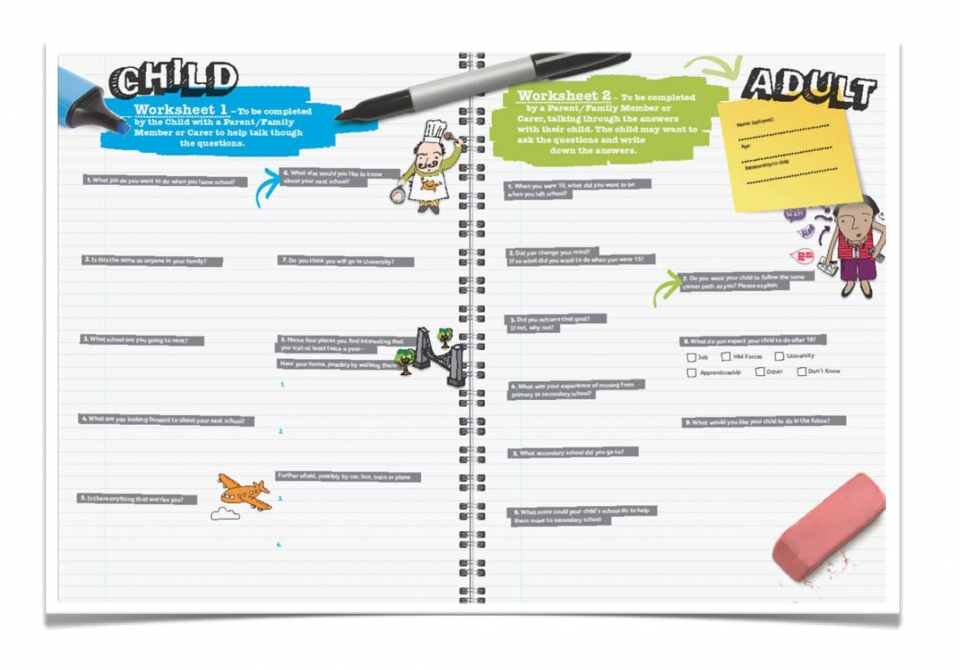 We had 100% returns for these full colour forms from 6 schools. In the first instance our consultants felt the need to gather and collate the data but it soon became clear that this was best done direct by the school as the they knew the questions they wanted to ask of their returned forms.

The response to the worksheet by parents who where surveyed 8 months after the start of the programme showed that the action had been memorable. 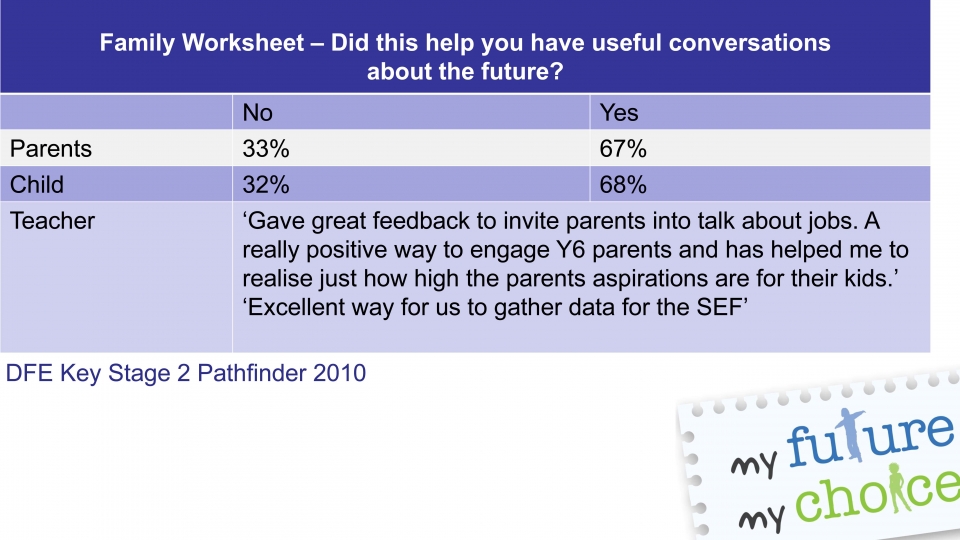